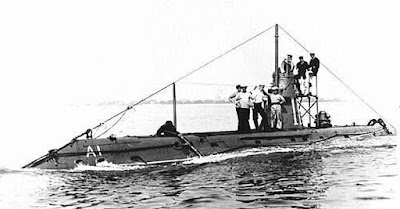 UNITED KINGDOM: A CLASS (1902)
Vickers enlarged the design of the original Holland type, adding a full conning tower. These boats were largely experimental, with each successive unit incorporating improvements. They were used intensively for training throughout their careers. The A- 1 was rammed and sunk by the liner Berwick Castle off the Nab on 18 March 1904, and the A-3 was rammed and sunk by the depot ship Hazard off the Isle of Wight on 2 February 1912. Both were raised and expended as targets. In 1905 the A-5 and the A-8 sank after internal explosions, and the A- 4 sank during sound experiments as a result of flooding; all were raised and returned to service. An accident sank the A- 7 in Whitesands Bay on 16 January 1914. All the surviving boats were sold for scrap in 1920. 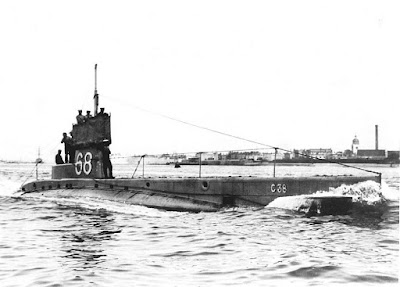 UNITED KINGDOM: C CLASS (1910)
This class was a mass-production version of the previous group, though the conning tower diving planes were omitted. The Japanese boats introduced diesel engines for improved safety.

The British boats saw very extensive service in home waters and the Mediterranean, including working as antisubmarine ships in cooperation with surface escorts that led to the destruction of three U-boats. Four boats (the C- 26, the C- 27, the C- 32, and the C- 35) went to the Baltic in 1916. The C- 32 was blown up by its crew in the Gulf of Riga after suffering heavy damage from German forces on 22 October, 1917, and the other boats were scuttled off Helsingfors on 4 April 1918.

The Japanese boats were used primarily for training and were stricken on 1 December 1928. 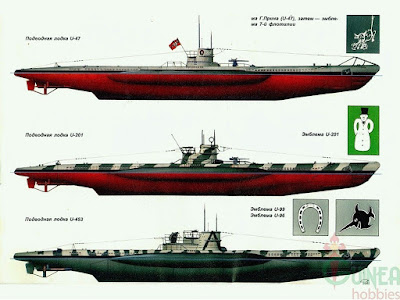 GERMANY: TYPE VIIB (1939)
These were slightly enlarged versions of the Type VIIA with greater range and space for more reload torpedoes. They undertook operational patrols until late 1943, when the surviving boats became training vessels. The U-48 was the most successful U-boat of World War II, sinking 306,875 tons of shipping. 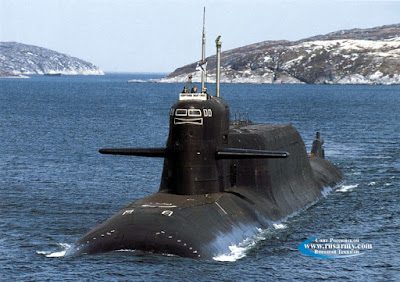 PROJECT 667BDR [NATO DELTA III] (1977)
NATO DELTA I These boats were designed to launch the powerful R-29 missile with a range of 4875 miles carrying a single warhead, enabling them to operate without exiting the Soviet bastion area. The D-9 system could launch the entire missile load in a single salvo. The class served with the Northern and Pacific fleets and was withdrawn from service by 1997.

NATO DELTA II
These boats were an enlarged version of the previous class to accommodate four additional missiles. The upgraded R- 29DD missile had a range of 5700 miles. All boats served with the Northern Fleet and were withdrawn from service beginning in 1996.

NATO DELTA III
The principal change in this class was the installation of the D-9R system to launch R-29R missiles with a range of up to 5000 miles with three to seven multiple warheads. The class was divided equally between the Northern and Pacific fleets. One submarine was decommissioned in 1994 but the remainder may still be operational.
Posted by Mitch Williamson at Tuesday, July 14, 2015
Email ThisBlogThis!Share to TwitterShare to FacebookShare to Pinterest
Labels: Class, History, Technical
Newer Post Older Post Home