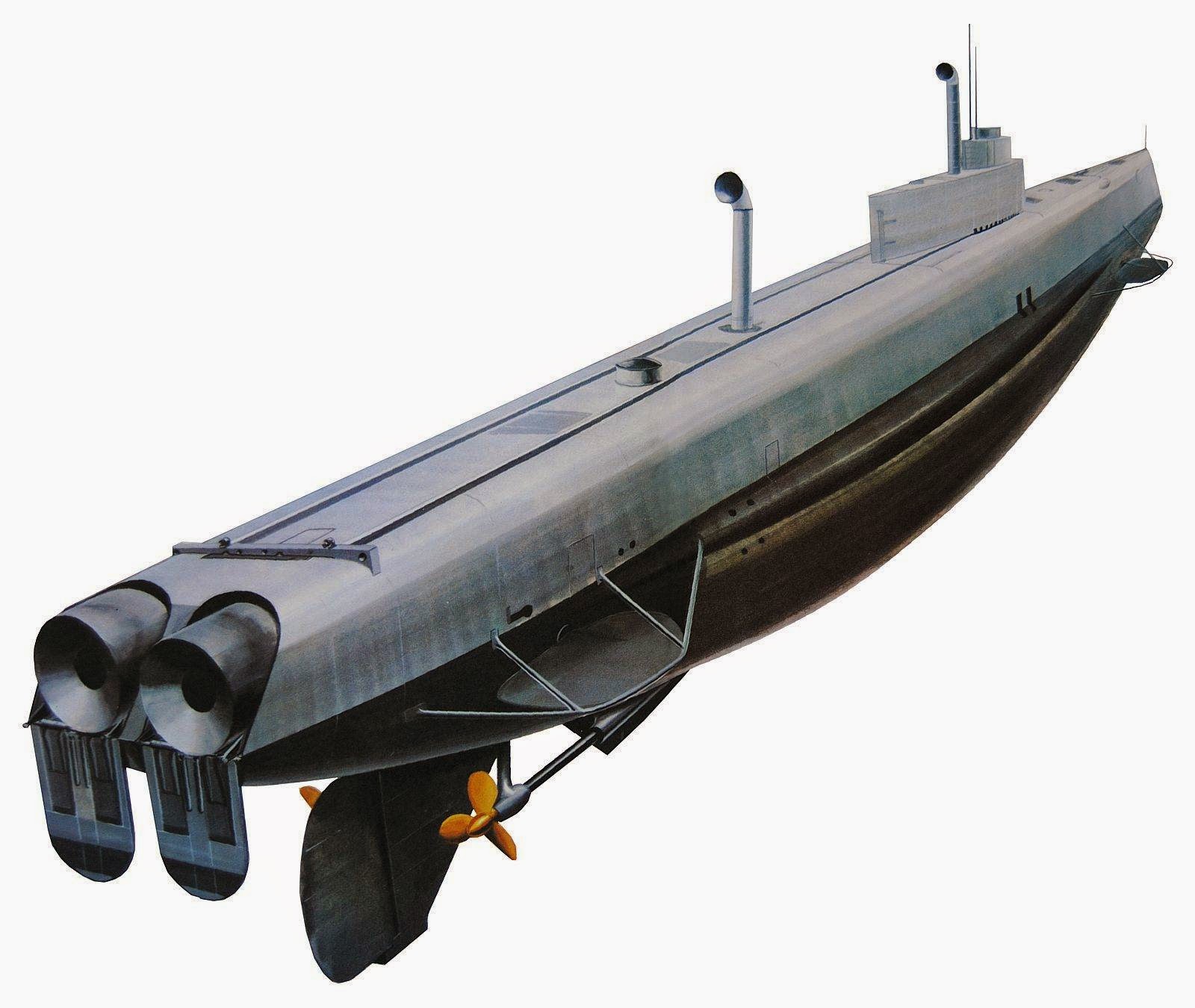 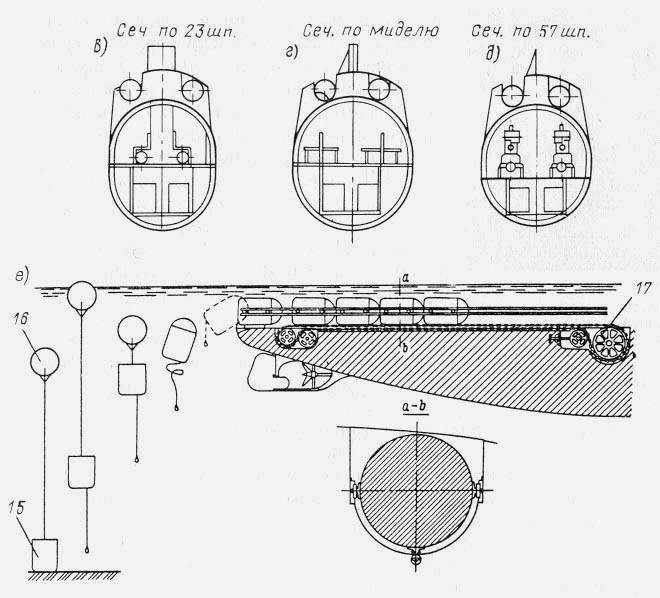 Russian submarine minelayer, built 1908-15. This was the world's first submarine designed to lay mines, but by the time she was completed the Germans had already rushed the first UC-Boats to completion, and she did not get the credit she deserved.

Krab was built at Nikolaiev on the Black Sea, and although she took seven years to complete it is not known if this was caused by a decision to alter her during construction, or merely by problems with the minelaying gear. The mines were laid by chain and sprocket through two hatches aft; they were winched aft and dropped over the stern.

She laid a field of 58 mines off the entrance to the Bosphorus on July 10, 1915, and it damaged the Turkish torpedo boat Issa Reis the following day. Her next offensive field was laid in the same area on July 31, 1916, in conjunction with surface minelayers. On September 15 she laid a further 30 off Varna, and it was one of these which accounted for UB.45 two months later. She was found at Sevastopol by British forces during the Intervention in 1919 and was scuttled to prevent her from falling into Bolshevik hands. The wreck was raised in 1935 and scrapped.