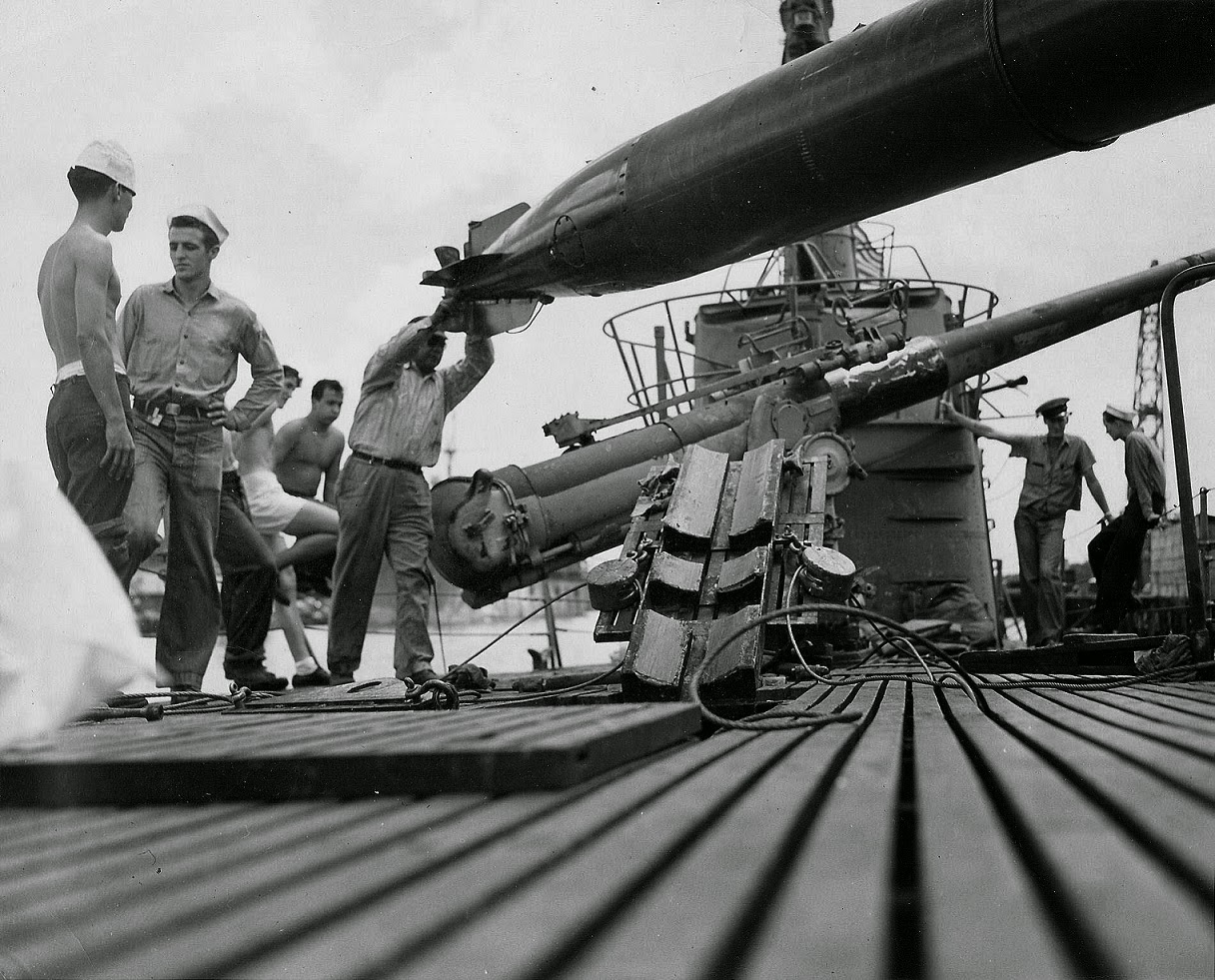 “Damn those exploders…damn them all to hell!” exclaimed the skipper of submarine Jack, Lieutenant Commander Thomas Michael Dykers, on June 20, 1943, as he watched through the periscope and saw a torpedo, fired from an excellent position and at the optimal range of 1,000 yards, “premature” (explode before reaching its intended target), a 1,500-ton trawler. “Son of a bitch from Baghdad!” Dykers roared as the other two torpedoes he fired also failed to reach their target, either missing or failing to detonate.

This flawlessly executed attack, the premier combat for both the Jack and its skipper, failed because of faulty torpedoes. Very unfortunately for the U.S. war effort in the Pacific, its submarine campaigns were plagued for fully the first half of the war with torpedo problems. These problems included premature detonation, running depths deeper than specified, and failure to explode upon contact with a ship’s hull. Often one of these problems masked another, with the solution of one problem seemingly leading to the emergence of another, unanticipated one. The full extent of the torpedo problems was not known or completely remedied until the fall of 1943.

But, as if to compensate for this American failing, the Japanese committed an equal or greater strategic blunder of their own: they chose not to make extensive use of submarine warfare against U.S. shipping. Throughout most of the war, Japanese submarines and torpedoes were superior to their U.S. counterparts. Japanese submarines, or I-boats, were bigger than the U.S. submarines, and their torpedoes were vastly superior. Even after it was perfected, the U.S. Mark-14 torpedo had a range of 4,500 yards, a warhead of 668 pounds of Torpex (a specially designed mixture of TNT, other explosive compounds, and beeswax), and a speed of 46 knots. (Fired at 31 knots, the Mark-14 theoretically had a range of 9,000 yards, but this setting was seldom used, except against anchored ships.) The electrical Mark-18–1 torpedo, which came into increasing use toward the end of the war, had a range of 3,500 yards, a top speed of only 33 knots, and a warhead of 500 pounds. By contrast, the typical Japanese submarine torpedo, the Type 95, had a range of 10,000 yards, a speed of 49 knots, and a warhead of 900 pounds. It took only three such torpedoes, fired from Japanese submarine I–19 on September 15, 1942, in the Coral Sea, to fatally cripple aircraft carrier Wasp. On the same day a Japanese torpedo blew a 32-foot hole in the hull of battleship North Carolina.

The Mark-14. The standard Mark-14, the torpedo most commonly used by U.S. submarines in World War II, had three problems: running too deep, exploding prematurely because of faulty magnetic detonation devices, and not detonating at all upon contact with a ship’s hull, because of poorly designed mechanical detonators. The first fault to be detected and corrected was running below set depths. When this problem was solved, the issue of premature detonations came next, and when this in turn was resolved, faulty mechanical detonators had to be reworked until they performed satisfactorily.

In June 1942 navy technical personnel placed a large fishnet across a bay in Western Australia and then fired three torpedoes at it. Two torpedoes set to run at 10 feet tore through the net at 18 feet and 25 feet, respectively, and a third, set to run on the surface, pierced the net at 11 feet. The U.S. Bureau of Ordnance (BuOrd) questioned the unsophisticated protocols of this test, but its own more careful tests confirmed that the torpedoes were indeed running deep. The reasons involved, among other things, weight differences between live and dummy torpedoes tested, improperly calibrated equipment, and inaccurate recordkeeping. Instead of addressing all of these problems, submariners simply set torpedo depths for 10 feet less than they needed.

The next major problem with the Mark-14 torpedoes was the Mark-6 magnetic exploder, a device copied from captured German U-boat torpedoes and designed, at least in theory, to detonate the torpedo’s warhead just as it passed through the magnetic field beneath the keel, usually the most vulnerable and least armored part of a ship. Unknown to the Americans, the Nazis had encountered so many problems with their own magnetic exploder device that they eventually abandoned it as unreliable. 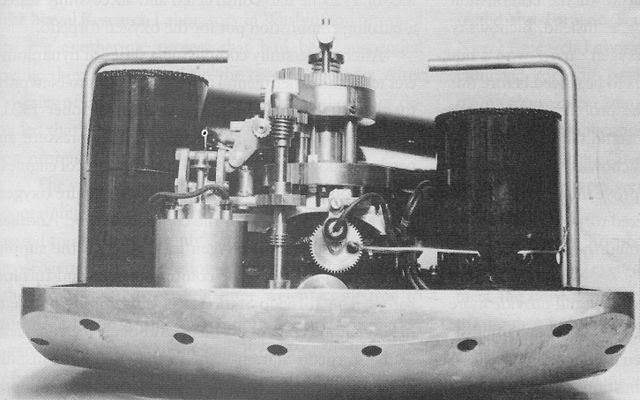 Mark 6 Mod 1 exploder used early in the war. Later on it was replaced with the Mark 6 Mod 5.

The Mark-6 Exploder. The most infuriating quirk with the Mark-14 torpedo equipped with the Mark-6 exploder was not that it never worked, but that it worked unpredictably. When this torpedo/exploder combination did perform as designed, it was devastatingly effective, and severely damaged or sank any vessel unfortunate enough to be its target because it broke up the ship exactly at its most vulnerable part, the keel. These successes happened with just enough frequency to convince BuOrd that the torpedoes were largely problem-free.

Predictably, skippers very quietly deactivated the magnetic exploders on their torpedoes and set them to detonate on contact only. Most did not reveal that they had done so, because tampering with the government’s ordnance was, technically, a serious offense that could get them courtmartialed. Admiral Charles A.Lockwood, commander of the Pacific Fleet submarines, eventually learned of this practice and sided with the skippers. He also decided to take his case against the faulty magnetic exploder to the commander of the Pacific fleet, Admiral Chester Nimitz. After hearing Lockwood’s grievances, Nimitz directed Lockwood to issue orders for the deactivation of the faulty devices, and this Lockwood did in June 1943.

Disabling the magnetic exploders did greatly reduce the premature explosion problem, but an equally serious fault emerged: dud torpedoes. Instead of exploding prematurely, many torpedoes did not explode at all, even when they hit an enemy hull with a solid thud.

On July 24, 1943, Dan Daspit, skipper of Tinosa, was on the trail of a huge tanker of 19,000 tons, Tonan Maru III. Two of the first four torpedoes he fired at the vessel were solid hits, and smoke began billowing from the tanker. Finding no surface or air escorts for the tanker, Daspit had a matchless opportunity to send it to the bottom. In all, he fired fifteen torpedoes, the last against a Japanese destroyer. All failed to detonate. Daspit saved his last torpedo to take back to Pearl Harbor as proof that something was drastically wrong with U.S. torpedoes. At Pearl Harbor, Lockwood and others soon concluded that the contact detonators were malfunctioning, and a team of investigators was soon looking into the problem. Dummy warheads fitted with the defective exploders were dropped 90 feet from a crane onto a thick steel plate. When the warheads hit the plate at the perfect angle of 90 degrees, the contact detonators were crushed by the impact before they could strike the fulminate caps. But when the warheads were dropped onto a plate angled at 45 degrees, only about half were duds. It was clear that the detonators were poorly designed, and torpedo experts at Pearl Harbor immediately began reworking them. (Ironically, the new and improved detonator devices were fashioned out of very tough metal obtained from Japanese aircraft propellers found in the Hawaiian Islands.) Lockwood directed that all Mark-14 torpedoes thereafter be equipped with the new detonators, and told submarines still at sea to try for angled shots instead of the ideal 90 degree approaches.

By the late summer of 1943, all of the torpedo problems were remedied. Only now could submariners confront the enemy with full confidence in their ordnance. The reworked torpedoes soon led to dramatic increases in submarine sinkings of Japanese shipping, and by the first quarter of 1944, more than 1,750,000 tons of Japanese shipping were destroyed, which nearly equaled the figure of 1,803,409 sunk for all of 1943. By the end of 1944, the destruction of Japanese shipping was truly devastating: more than 3.8 million tons sunk.

The Mark-18. Early in 1942 the Allies had captured a German electric torpedo, and eventually Westinghouse was producing copies. One of the main advantages of the electric torpedo was its wakeless track, which made it much more difficult to spot. Westinghouse’s Mark-18 electric torpedo also proved to have none of the depth control or detonation problems of the Mark-14s, and its production costs were less. Its main immediately discernible drawback was its slower speed of about 30 knots. But as the Mark-18 was taken into combat situations, problems emerged. For one thing, it ran slower in cold water because the cold reduced the power of its batteries. Hydrogen leaks from its batteries led to several fires and explosions, and ventilating the torpedoes of hydrogen became a frequent precaution. (Later, hydrogen-burning technology right inside the torpedo itself made this unnecessary.) Torpedo technicians at Pearl Harbor quickly identified and remedied these and other problems, and by 1944 the Mark-18 was gradually gaining acceptance from submariners. Gradually a consensus arose: they would use the electric Mark-18s by day and the now reliable Mark-14s by night. Some 30 percent of the torpedoes fired from U.S. submarines in 1944 were electric, and by war’s end the figure had risen to 65 percent. By the end of the war, the Mark-18 had definitely proven its worth: it had sunk nearly a million tons, about one-fifth of the total sent to the bottom by U.S. submarines.

The torpedo was the submariners main tool of war, and its improvement was the single most important technological development in U.S. submarine warfare during World War II. But other items of equipment and improvements in them also contributed to the stealth and deadliness of the U.S. submarine.