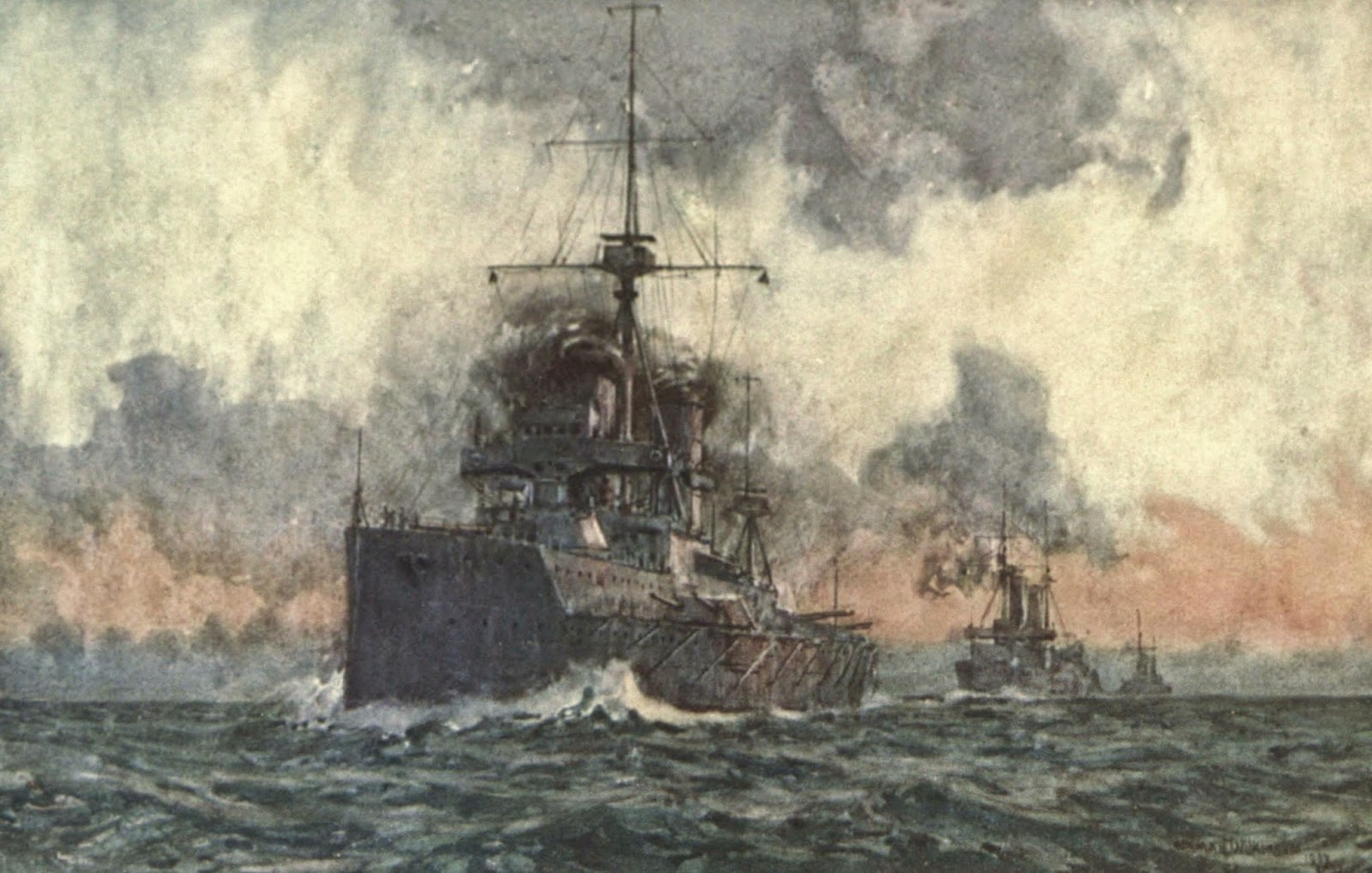 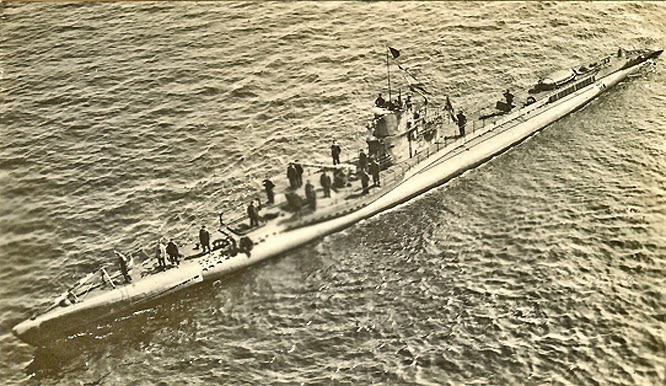 The sinking of the SS Glitra did much to change the Naval Staff's perception of the value of a commerce war, particularly because all the commerce-raiding cruisers had been sunk or captured by 1915. The Grand Fleet had not behaved as the German planners had hoped (by refusing to risk a close blockade of German harbours), and when it left harbour on one of its frequent sweeps it was screened by destroyers. One such foray cost Weddigen his life in the new U.29, when his periscope was sighted by a lookout aboard the battleship HMS Dreadnought on 18 March 1915 in the Pentland Firth. In response to a rapid helm order the 18,289-tonne (18,000-ton) ship wheeled out of line and sliced the luckless U-boat in half. The ruthlessness with which the British enforced the blockade also weakened any scruples entertained by the German Naval Staff about breaches of International Law. For example, all foodstuffs were declared contraband by the Allies, on the grounds that the German government had commandeered all food supplies.

An unrestricted war against Allied shipping carried with it a risk of losing the propaganda war. The torpedoing of the Belgian refugee ship Amiral Ganteaume in October 1914 was just such an incident, labelled an atrocity by Allied newspapers. Knowing how little a U-boat commander could actually see through a periscope, it is likely that U.24 mistook the Amiral Ganteaume for a troopship. With only a distorted image and only a few seconds for a torpedo shot, the U-boat captain was supposed to count the number of people on deck, guns, and even where the guns were mounted. Forward-mounted guns indicated offensive armament, whereas aft-mounted guns counted as defensive armament under the Prize Regulations. When U.20 first sighted the liner Lusitania in April 1915, K/Lt Schwieger mistook her four funnels and smoke for a flotilla of destroyers! Only when he returned to Germany did he learn the name of the ship he had sunk. Despite the opinions of conspiracy theorists, even if the German Naval Staff had an inventory of munitions carried in the hold of the Lusitania, U.20 could never have identified an individual ship with such precision.

Even without flouting their self-imposed restrictions, the German Navy's U-boats were inflicting painful losses on the Allies: 32,513.6 tonnes (32,000 tons) of British and 16,155 tonnes (15,900 tons) of French and neutral shipping sunk in January 1915 alone. By March the monthly total had risen to 81,995 tonnes (80,700 tons), and by May the figure topped 187,969 tonnes (185,000 tons). Neutral opinion, particularly in the United States, was outraged. The insatiable demands of the Allied war economies had opened a huge new market to replace that cut off by the blockade. Neutral opinion was inflamed by lurid tales of the rape of Belgium; the deaths of American citizens at sea added fuel to the fire.

Ignoring the uproar, Germany announced on 4 February 1915 the existence of a War Zone around the British Isles, in which British and French merchant ships would be sunk without warning. The declaration added ominously that it would not always be possible to avoid attacks on neutral ships. In other words, U-boats could 'sink at sight' unless they saw a neutral flag. If the neutral maritime nations could have forbidden trade with the Allies the German gamble might have paid off, but the tight British blockade meant that a refusal to trade with the Allies would mean virtual bankruptcy for most shipping companies. It was the same fact of maritime life which had brought down Napoleon's Continental System, but in 1915 nobody seemed to pay much attention to the lessons of history.
Posted by Mitch Williamson at Friday, March 06, 2015
Email ThisBlogThis!Share to TwitterShare to FacebookShare to Pinterest
Labels: History
Newer Post Older Post Home