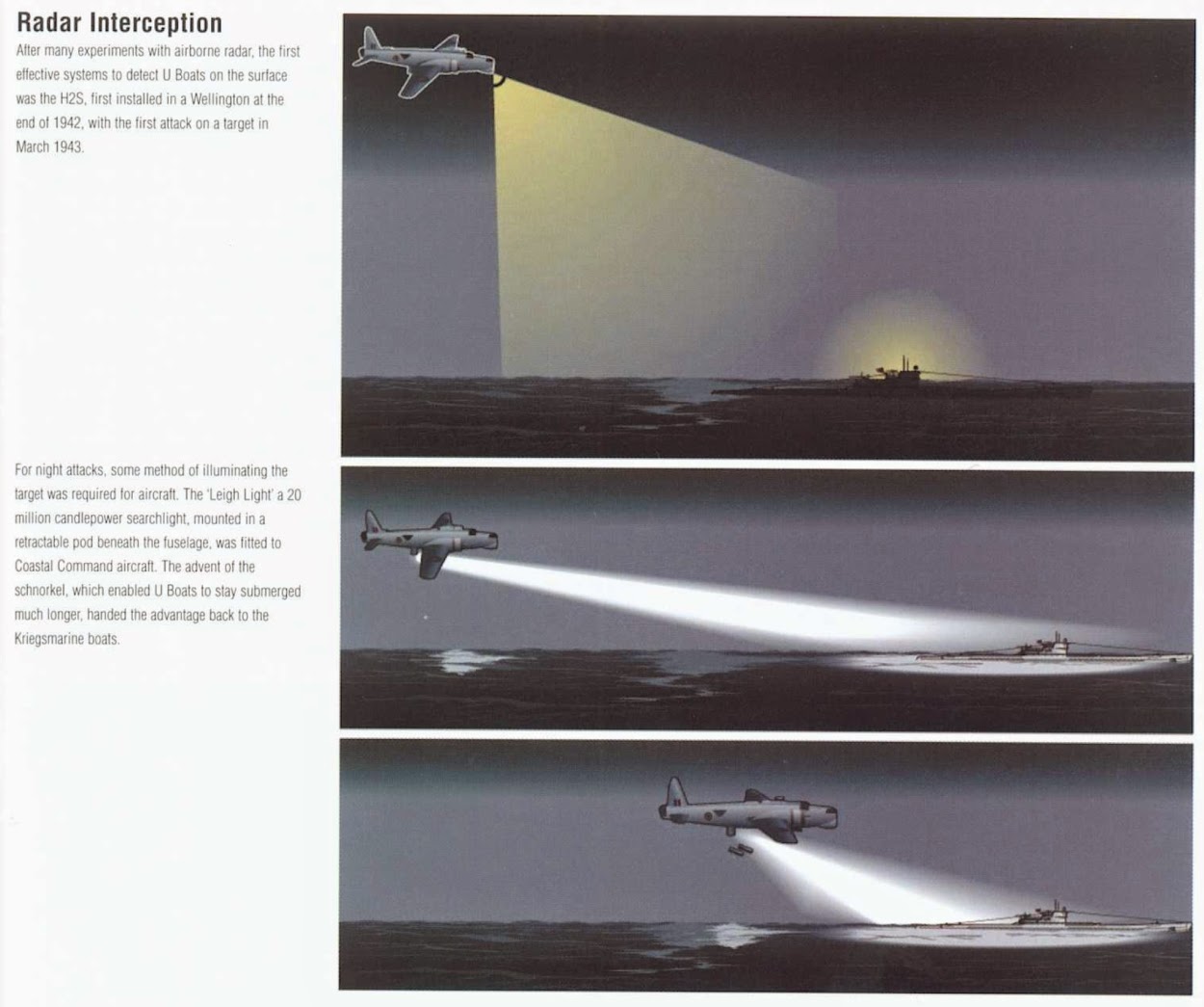 According to the Trade Division of the Admiralty, 4,786 merchant ships over 100 GRT belonging to the Allied and Neutral Powers were lost in the Second World War. Of this figure, no fewer than 2,775 succumbed to submarine attack. Despite their own problems, U-boats were undoubtedly aided in their mastery of mercantile shipping in the 1939–42 period through the Allied failure to close the mid-Atlantic ‘air gap’ with VLR or carrier group aircraft and by the B-Dienst’s ability to read the British Naval Cypher and discover priceless information, such as the course coordinates and anticipated speed of their potential victims. Although the professionalism of Dönitz’s crews may have contrasted sharply with that of their Italian allies, the grim toll reaped on merchant shipping in the first three years of war arose in part from the dire state of Allied ASW which in some particulars was the same as those in place at the end of the Great War. Asdic was a case in point. Its powers of detection had not markedly improved in the inter-war years. Its inability to detect a surfaced target – a real drawback in the dark – remained unsolved and its difficulty in penetrating seas with substantial thermal layers, such as those in the Arctic Ocean and in the estuary of the St. Lawrence River, often meant that a U-boat could remain hidden in these waters even when those hunting it were at relatively close quarters. To make matters worse, even when Asdic could detect a submerged vessel it had a frustrating tendency to lose contact with the target the closer the Asdic equipped warship came to it.

Overcoming these very considerable shortcomings would take months of inspired effort, quality laboratory research and extensive testing. While this was taking place, the U-boat continued to reign supreme. Its fortunes started to plummet only when the Allies began using radically different methods of detection, such as 10-cm radar, radio direction finding (RDF) and magnetic anomaly detection (MAD) against their submersible foes. Success in these rather exotic and sophisticated fields was supported by more mundane practices, such as aerial reconnaissance and by the installation of a beguilingly simple gadget known as the ‘Leigh Light’ which vastly enhanced the striking potential of the Wellingtons of Coastal Command. Therefore, as in other theatres, aircraft proved to be a key component in changing the dynamic of the war at sea. In closing what had previously been a mid-Atlantic ‘air gap’, VLR aircraft and escort carrier support groups did much to seal the fate of the U-boat. There would be no way back from this unenviable position unless and until Dönitz and his crews had a revolutionary type of submersible that could provide them with the means of prosecuting the war effectively once again.

Quite apart from airborne radar, the American scientific community developed a complex but viable system of MAD that was in place by the summer of 1943. It worked by measuring disturbances in the earth’s magnetic field caused by a metal hull moving through water. Sets for measuring these changes were installed aboard reconnaissance aircraft and especially in Catalina flying boats (the so-called ‘Mad Cats’). They were another feature of why the Allies were able to identify and take the fight to enemy submersibles in the latter years of the war. Even so, the degree of success exhibited by MAD equipment depended upon both distance from the submarine target and its cruising depth – the further away and deeper the submarine was, the less likely the MAD set was to detect it.

Once a submarine was detected, however, the hunter still had to have the means of destroying his quarry. At the outset of hostilities, this essentially came down to the ubiquitous depth charge (a hydrostatic pressure fuse designed to explode at the estimated depth of a target) since neither of the other possibilities – the throw ahead mortar system (abandoned due to shortage of funds in 1934) and the RAF’s anti-submarine bomb (a hazardous contraption) – could be immediately exploited.26 It took several years to develop and improve mortars, such as the ‘Hedgehog’, the ‘Squid’ and the ‘Shark’, to produce the airborne-launched ‘Retro-bomb’, and the Mark 24 Mine known as ‘Fido’. By 1943–44 these devices had supplemented the traditional depth-charge and improved upon its destructive capacity. Even the depth-charge packed a greater explosive punch the longer the war proceeded with the use of Torpex and a shallower depth-setting increasing its overall lethality.

For their part, in order to prevent being detected either by acoustic or visual means, the submarine fleets had to employ a range of counter-measures to either thwart the penetrative gaze of radar and the sono-buoy or reduce the amount of time the individual U-boats spent on the surface to make it far more difficult for reconnaissance planes to discover their whereabouts. Unfortunately for the Germans none of the main radar warning receivers they developed (Borkum, Metox, Naxos, Tunis and Wanze) operated flawlessly against aircraft; their own active radar sets (Gema, Hohentwiel and Lessing) though effective went into service tardily; what radar and sonar decoys (Aphrodite and Thetis for the former and Bold, Sieglinde and Siegmund for the latter) they produced failed to achieve any lasting success; and the anti-sonar synthetic rubber Oppanol coating they used on the hulls of the U-boats to disguise their acoustic signature (known by the codename Alberich) had major adhesive problems that restricted its application. In addition, it was soon discovered that the use of schnorchel air induction tube, which enabled submarines to run their air-breathing diesel engines and recharge their batteries while still submerged, was not quite all that it seemed at the outset. Quite apart from the health risks (specifically, oxygen-deprivation) that the early non-fully automated models posed for the U-boat crews, a schnorchel boat could also be detected even if its mast was coated with the camouflage antiradar coating of synthetic rubber and iron oxide powder (Tarnmatte).
Posted by Mitch Williamson at Friday, March 06, 2015
Email ThisBlogThis!Share to TwitterShare to FacebookShare to Pinterest
Labels: Aircraft ASW
Newer Post Older Post Home