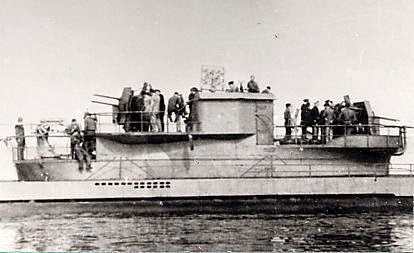 The "U-flak" boats were four VIIC boats (U-441, U-256, U-621, and U-951) modified to be surface escorts for the attack U-boats operating from the French Atlantic bases. They had greatly increased anti-aircraft fire-power.

Conversion began on three others (U-211, U-263, and U-271) but none was completed, and they were eventually returned to duty as traditional VIIC attack boats.

The modified boats became operational in June 1943 and at first appeared to be successful against the surprised Royal Air Force. Seeing their potential, Dönitz ordered the boats to cross the Bay of Biscay in groups at maximum speed. The effort earned the Germans about two more months of still-limited freedom, until the RAF developed counter-measures. When the RAF began calling in surface hunters to assist the aircraft, the U-flak boats were withdrawn and converted back into fighting vessels.

The concept of the U-flak began the year before, on 31 August 1942, when U-256 was seriously damaged by aircraft. Rather than scrap the boat, it was decided to refit her as a heavily-armed anti-aircraft boat intended to stop the losses in the Bay of Biscay inflicted by Allied aircraft.

Two 20 mm quadruple Flakvierling mounts and the experimental 37 mm automatic gun were installed on the U-flaks' decks. A battery of 86 mm line-carrying anti-aircraft rockets was tested, but this idea proved unworkable. At times, two additional single 20 mm guns were also mounted. The submarines' fuel capacities were limited to Bay of Biscay operations only. Only five torpedoes were carried, preloaded in the tubes, to free the space needed for the additional gunners.

In November 1943 – less than six months after the experiment began – all U-flaks were converted back to normal attack boats, fitted with Turm 4. The standard anti-aircraft armament for U-boats was no longer much inferior to U-flaks, and the U-flaks had not been particularly successful. Even with massive anti-aircraft firepower, a U-boat was still vulnerable to having her pressure hull punctured; her best bet when encountering aircraft was simply to dive. According to German sources only six aircraft had been shot down by U-flaks in six missions (three by U-441, one each by U-256, U-621, and U-953).