U-Boats in the Mediterranean WWI 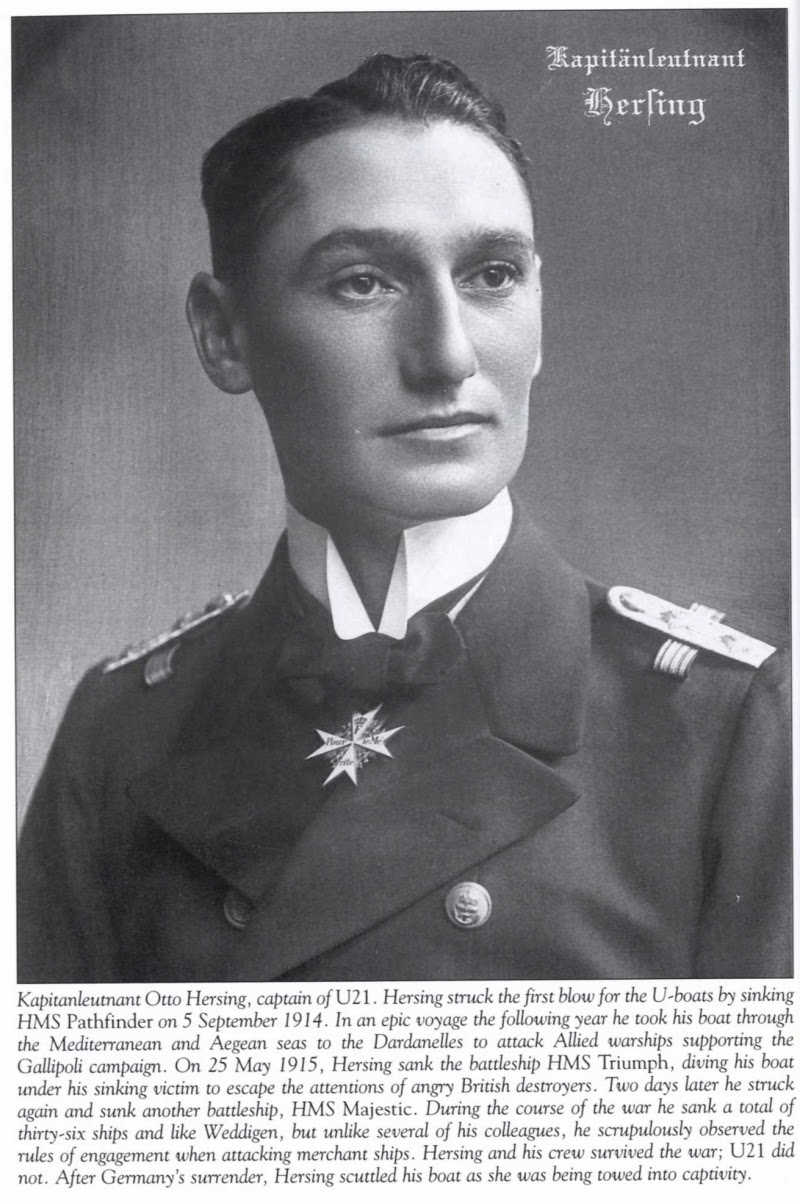 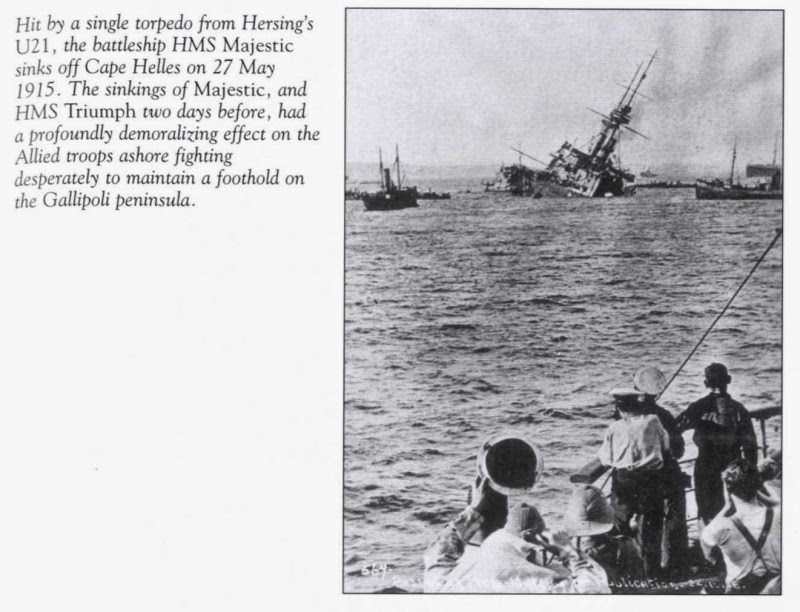 In the run-up to the entry of Italy into the war on the side of the Allies, the French moved their blockading squadron further north into the Adriatic. Linienschiffsleutnant Georg Ritter von Trapp (better known as the Baron in the Sound of Music), commanding the U-5, succeeded in torpedoing and sinking the armored cruiser Leon Gambetta, with heavy loss of life, on the night of 26 April 1915— demonstrating once again the vulnerability of surface vessels in these confined waters. After Italy entered the war, the situation remained much the same. In the face of the threat posed by submarines, heavy ships could not operate effectively in the Adriatic, and operations became largely a quasi-guerrilla war in which the Austrian submarines, reinforced by small German U-boats transferred overland, played a major role.

Germany began transferring submarines to the Mediterranean theater in May 1915, when it became clear that the limited Austrian submarine force could do little to affect operations in the area, despite their effectiveness in the Adriatic. They scored some considerable successes on arrival. Kapitänleutnant Otto Hersing, commanding the U- 21, torpedoed and sank the British predreadnought battleship Triumph at the Dardanelles on 25 May and another, the Majestic, two days later. Two smaller submarines, however, proved very much less effective, and subsequent German submarine operations during the Dardanelles campaign proved largely inconsequential.

The German Navy continued to send U-boats to the Mediterranean, sending the smaller boats overland by rail for assembly at Pola and passing the larger boats through the Straits of Gibraltar. One early arrival, the UB-15, commanded by Oberleutnant zur See von Heimburg, sank the Italian submarine Medusa in the Adriatic on 1 June 1915. Von Heimburg, now commanding the UB- 14, then sank the Italian armored cruiser Amalfi on 7 July, before sailing into the Mediterranean.

The Mediterranean theater was attractive because there were clearly defined focal points through which much traffic had to pass. It obviously was crucial for French and Italian traffic, and much British shipping sailed through the sea. The weather would permit operations during the fall and winter, when it could hamper Atlantic operations, and it also was much less probable that problems would arise with the United States, since few U.S. ships or passengers sailed through.

The German submarine campaign in the Mediterranean began in earnest in October 1915. The submarines used Austrian bases at Pola and Cattaro for their operations. During that month five large U-boats sank 63,848 tons of shipping—more than three-quarters of all merchant vessel sinkings in all theaters. More large and small boats reinforced the Mediterranean flotilla, with merchant shipping losses reaching 152,882 tons in November and 76,693 tons in December.

During 1916 the U-boat campaign in the Mediterranean continued its successes. The first quarter of the year saw losses decline as the U-boats underwent refits, contended with winter weather, and were subject to restrictions on attacking passenger liners. Nevertheless, losses were high enough to lead the Allies to strengthen their patrol systems and divert as much shipping as possible from sailing through the Mediterranean, even though that extended voyages and tied up vessel capacity. New boats arriving from Germany and existing boats returning to service pushed merchant shipping losses in the Mediterranean for the second quarter of 1916 to 192,225 tons, about half of all losses in all theaters. These successes continued into the summer and fall, as German U-boats sank 321,542 tons of shipping between July and September. Nor was there any real relief in the fall and early winter, since a further 427,999 tons of shipping went down by the end of the year. In aggregate, German U-boats sank well over a million tons of shipping during 1916, while losing only two submarines, one of which sank after running into one of its own mines.

The beginning of 1917 brought the illusion of calm, as most of the German U-boats were refitted. Losses fell to 78,541 tons in January, before rising again to 105,670 tons in February and then dropping to 61,917 tons in March. The Germans reinforced their Mediterranean flotilla, and new Austrian boats, based on the German UB-II class, joined the German submarines in operations in the central Mediterranean. Together they sank 277,948 tons of shipping in April. The Allies were forced to reappraise their system of trade protection and began introducing convoy of merchant shipping in late May. Losses fell to 180,896 tons in May and 170,473 tons in June. Even though the Germans increased their U-boat force by more than 25 percent, losses continued to decline in July and August, to 107,303 tons and 118,372 tons, respectively. An unprofitable diversion of U-boats in the fall to support operations in Syria against the Allied offensive netted a few small warships but relieved the pressure on merchant shipping. Success returned, however, as the U-boats re-entered the campaign against merchant shipping in December, at which time losses rose to 148,331 tons. Once again, Germany’s total U-boat loss for the year was two boats, while the German and Austrian submarines sank well over 1.25 million tons of shipping.

Finally in 1918, Allied efforts to protect trade bore fruit. During the first six months of the year, German and Austrian submarines sank about 600,000 tons of shipping, but their losses rose to ten boats, twice their total losses for the previous three years. The submarines’ success rate fell dramatically in the months before the Armistice: they sank less than 250,000 tons of shipping and lost an additional four boats in the process. Moreover, these diminished accomplishments came about despite the fact that almost twice as many submarines were operational as in 1917.
Posted by Mitch Williamson at Friday, March 06, 2015
Email ThisBlogThis!Share to TwitterShare to FacebookShare to Pinterest
Labels: History
Newer Post Older Post Home