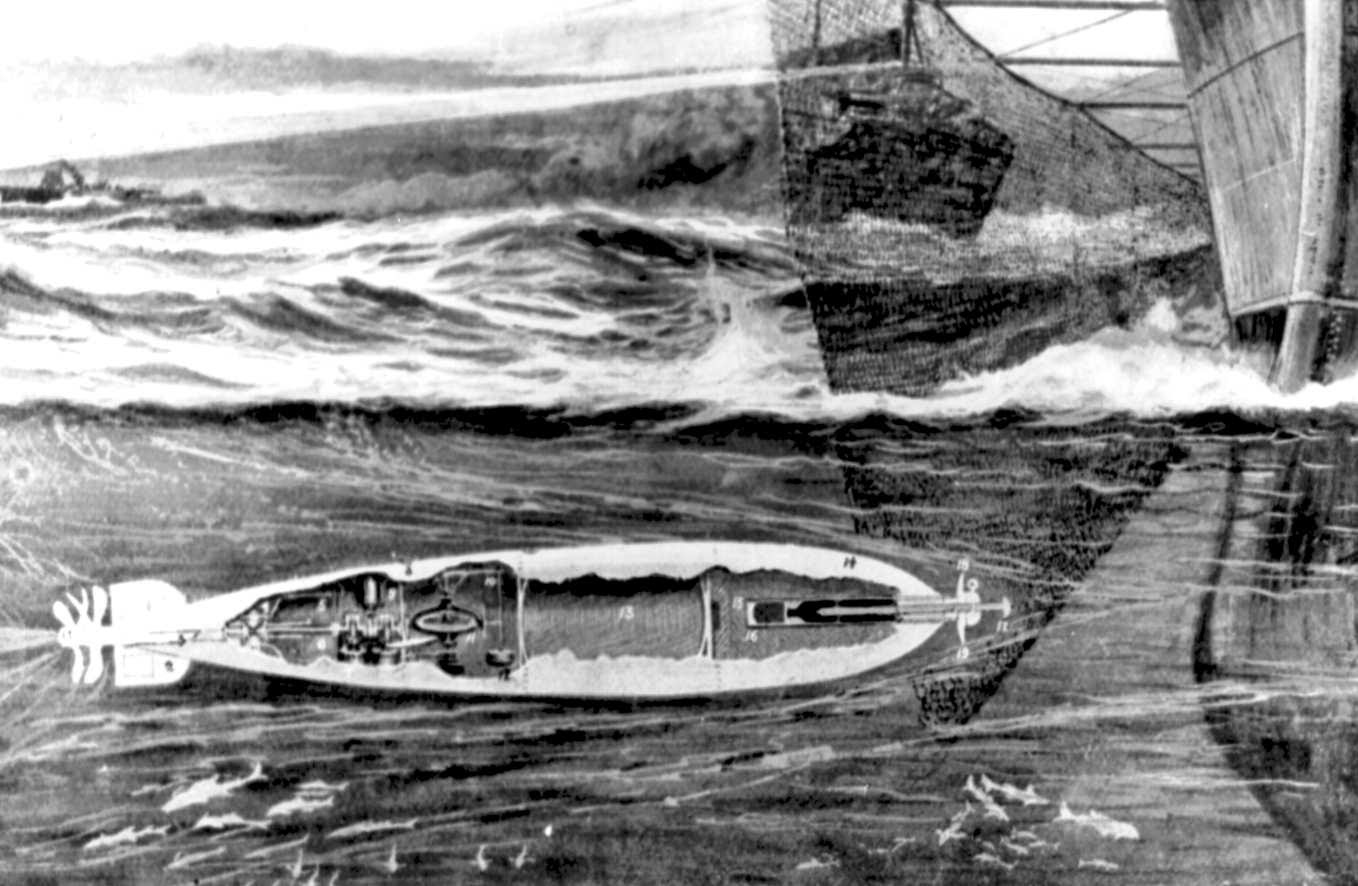 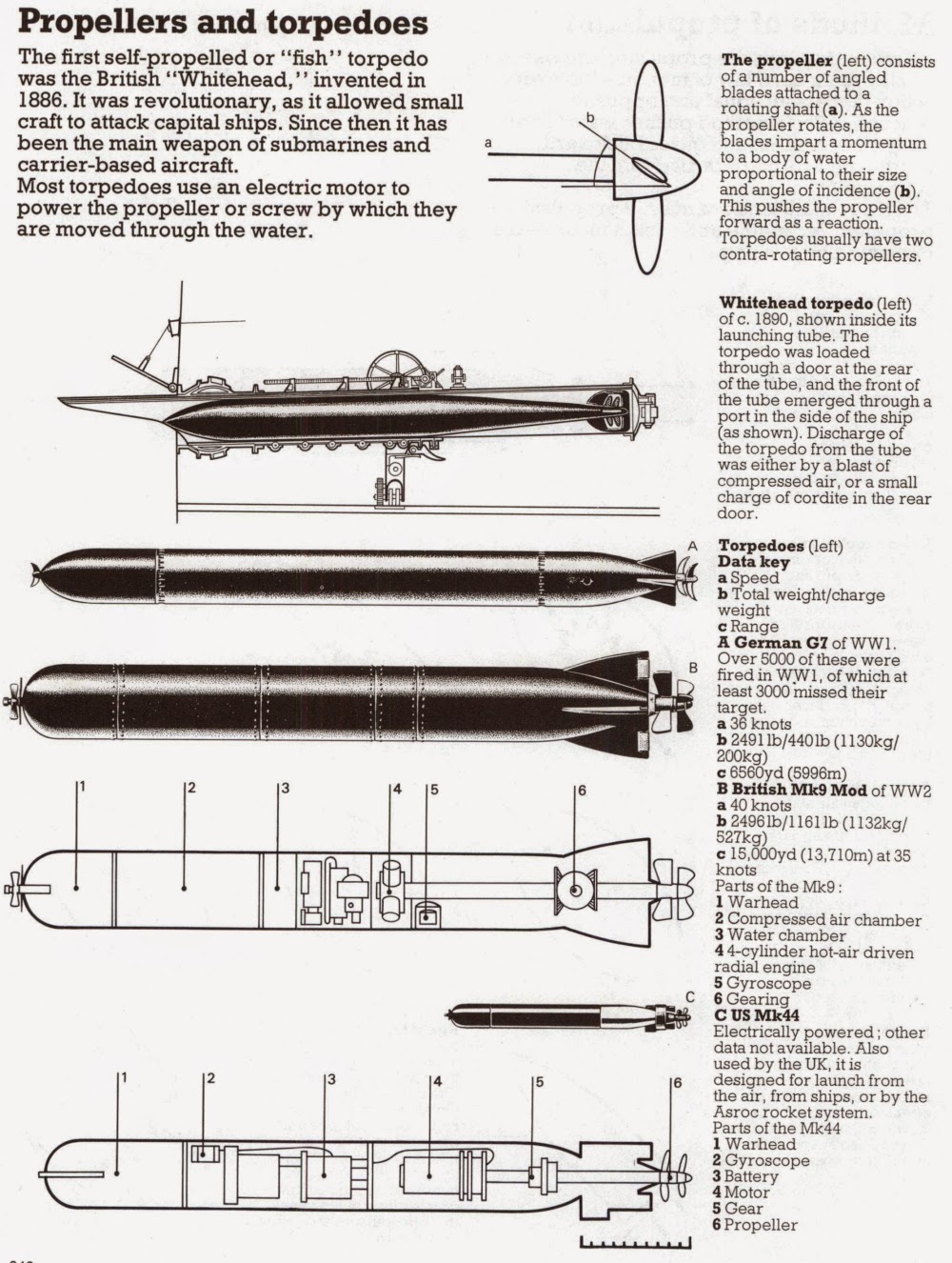 The patchy performance of submersibles in the Civil War did nothing to quench the designers' enthusiasm. In 1878 the Reverend George Garrett registered a patent for 'Improvements in and Appertaining to Submarine or Subaqueous Boats or Vessels for Removing, Destroying, Laying or Placing Torpedoes in Channels and other Situations and for other Purposes' and established the Garrett Submarine Navigation and Pneumataphore Company Limited in London. The reference to torpedoes echoes the experiences of the Civil War, in which Confederate moored mines had scored some successes against Union warships. Clearly, the Whitehead 'automobile' torpedo was considered too expensive or not yet reliable. At this time the term 'torpedo', (which took its name from an electric ray which stuns its prey), applied to all underwater weapons whether moored, towed or self-propelled. Only later would the 'tin fish' and the mine become separate.

The comparatively poor performance of the U-boats can be explained by the failure of the magnetic pistol of the G7a torpedo. It was adversely affected by fluctuations in the earth's magnetism in high latitudes, but pre-war trials had not revealed the weakness. After bitter complaints from U-boat commanders Admiral Dönitz was forced to order a searching enquiry into the design and manufacture of the Kriegsmarine's torpedoes. As the U-boats were withdrawn from the Atlantic for the Norwegian Campaign, the Allied escorts won a useful respite at a critical time.

US submarines in the Pacific carried out a range of missions. Their prime targets were aircraft carriers, followed by tankers, and then other warships and mercantile vessels, but they also reported on Japanese ship movements, laid mines, rescued downed aircrew and reconnoitred invasion beaches. Unfortunately they suffered initially from a major drawback - like the German U-boats in 1940 the magnetic pistols of their torpedoes were faulty. Getting the designers to admit that anything was wrong took a long time, and it had the deleterious effect of weakening the confidence of the submariners in their equipment.

WIRE-GUIDED TORPEDOES
In modern SSNs the main weapon remains the long-range heavyweight wire-guided torpedo, despite being invented over 125 years ago. Profiting by pioneer work done in Germany during World War II, modern heavyweights (ie, weapons designed to sink ships and other submarines) are wire-guided, allowing them to respond to commands from the fire control system linked with or integrated into the combat system. The two-way wire link pays out from a spool left inside the torpedo tube and from a similar spool in the tail-section of the torpedo, to reduce the risk of the wire kinking or breaking from uneven tension. As it is two-way the torpedo's own seeker head can be used as an off-board sensor to relay target-data back to the fire control system.

Wire-guidance has its disadvantages. A 10,000-m (32,808-ft) run at 30 knots, for example, takes 10 minutes, during which time the tube cannot be reloaded for a second shot. The risk of mutual interference means that most current weapon control systems are designed to control only two torpedoes at a time. The wire can kink or break, depriving the torpedoes of guidance, so modern weapons have the facility to go into 'autonomous' mode, homing on information acquired by the seeker head. The physical constraints imposed by the torpedo body prevent even the most sophisticated active or passive seeker from matching the performance of the submarine's sonar, so autonomous mode is only a second-best solution.
Posted by Mitch Williamson at Friday, March 06, 2015
Email ThisBlogThis!Share to TwitterShare to FacebookShare to Pinterest
Labels: Technical
Newer Post Older Post Home