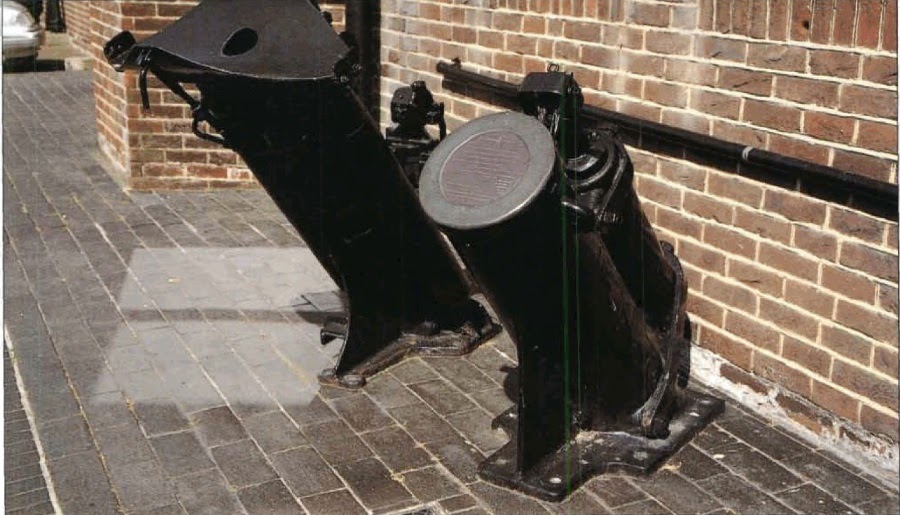 In response to the urgent need for ways to attack dived submarines, British shipbuilders John I. Thornycroft designed the depth-charge thrower in 1917.

Soon after the outbreak of World War I a number of destroyers were fitted with the 'modified sweep', a 60.96m (200ft) loop of wire fitted with explosive charges. The upper leg of the loop was kept buoyant by wooden floats, while a 'kite' depressed the lower leg of the loop. It was intended to be streamed when a submarine had submerged after being sighted, and could not be towed at more than 10 knots.

An electric indicator showed if any obstruction fouled the sweep, allowing the operator to detonate the charges. As it took some 20 minutes to deploy and because it restricted the ship's maneuverability, the sweep was heartily disliked by its operators, but it has now gone down in history as the first dedicated anti-submarine warfare weapon, and it is credited with dung U. 8 in March 1915 and UC. 19 in December 1916.

World War I marked the first earnest conflict involving significant use of submarines and consequently marked the beginning of major efforts to counter that threat. In particular, the United Kingdom was desperate to defeat the German U-Boat threat against British merchant shipping. When the bombs that it employed were found to be ineffective it began equipping its destroyers with simple depth charges that could be dropped into the water around a suspected submarine's location. During this period it was found that explosions of these charges were more efficient if the charges were set to explode below or above the submarine. However many other techniques were used, including minefields, barrages and Q-ships and the use of cryptanalysis against intercepted radio messages. The airship ("blimp") was used to drop bombs but fixed-wing aircraft were mostly used for reconnaissance. However the most effective countermeasure was the convoy. In 1918 U-boat losses became unbearably high. During the war a total of 178 U-boats were sunk, by the following causes:

British submarines operated in the Baltic, North Sea and Atlantic as well as the Mediterranean and Black Sea. Most of the losses were due to mines but two were torpedoed. French, Italian and Russian submarines were also destroyed.

Before the war ended, the need for forward-throwing weapons had been recognized by the British and trials began. Hydrophones had been developed and were becoming effective as detection and location devices. Also, aircraft and airships had flown with depth bombs (aerial depth charges), albeit quite small ones with poor explosives. In addition, the specialist hunter-killer submarine had appeared, HMS R-1.