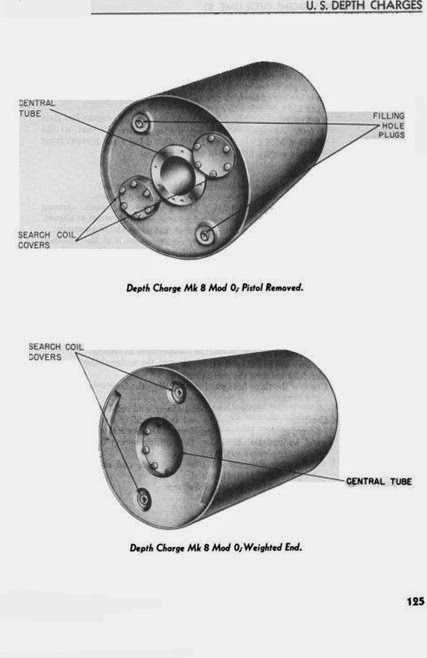 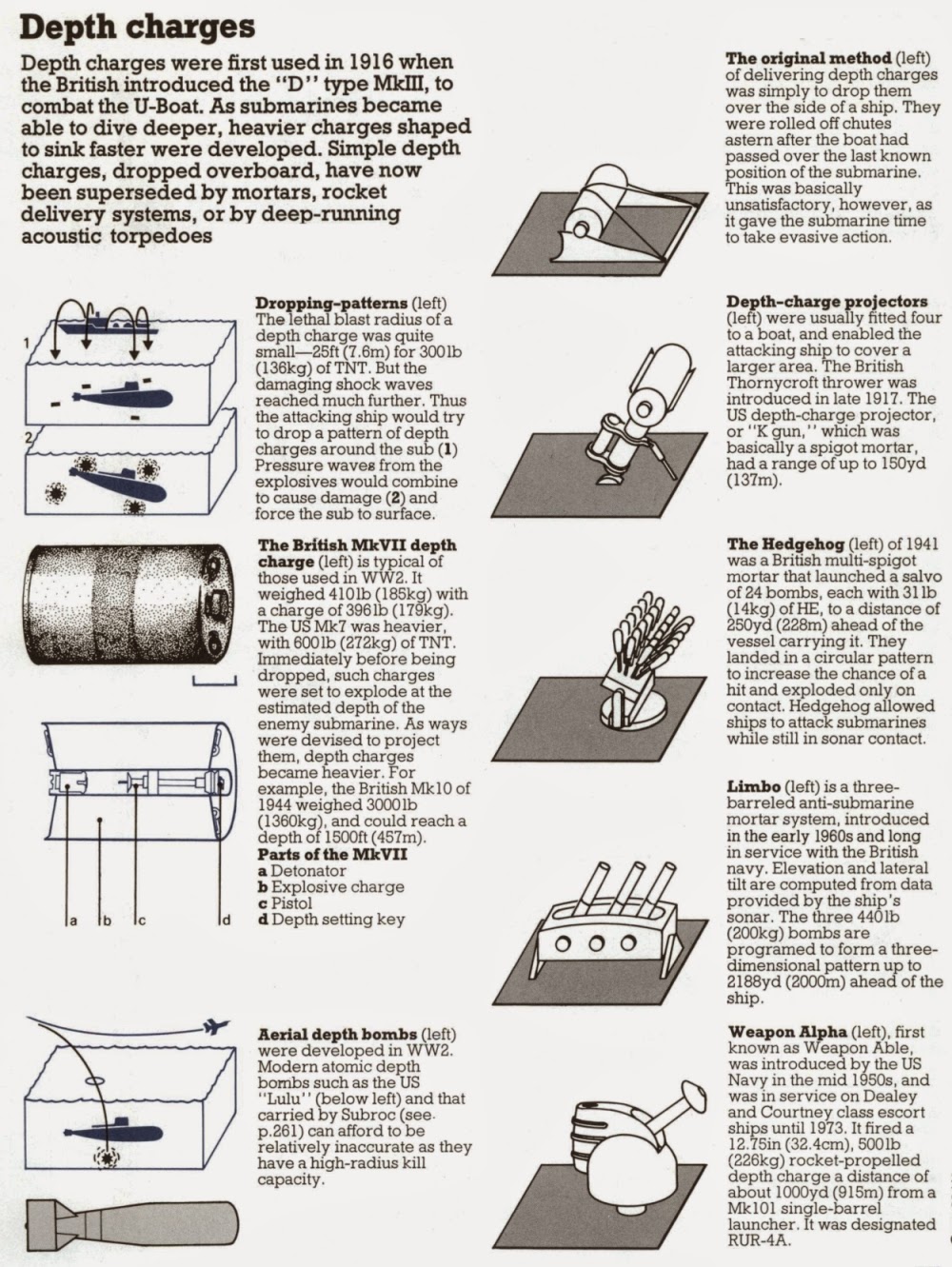 By far the most effective ASW weapon yet developed was the depth charge, which appeared towards the end of 1916 in pitifully small numbers. In essence it was a massive charge of 3001b (136kg) of TNT or amatol, detonated by a hydrostatic device (ie, preset to explode at selected depths). From 1917, production was good enough to supply all destroyers and patrol craft with depth charges, rising from 140 per month in July 1917 to 500 a month in October and 800 in December. The wasserbom was disliked by the U-boat crews, who had to endure the concussion of near-misses during hunts which might last hours, during which light bulbs were shattered and blown rivets caused leaks in the pressure hull. In 1917 up to 300 depth charges were used each month, and in the last six months the monthly expenditure was 2000.

A variety of howitzers and bomb throwers was developed, ranging from 7.5in calibre up to 11in calibre, but these fired contact-fused charges, and were only effective against surfaced U-boats. By 1918, the famous destroyer-builder John I Thornycroft had produced the first depth-charge thrower, a stubby mortar capable of hurling the charge well clear of the ship. The first submarine to be sunk by a depth-charge attack was UC.7, attacked by the motor boat Salmon in July 1916.