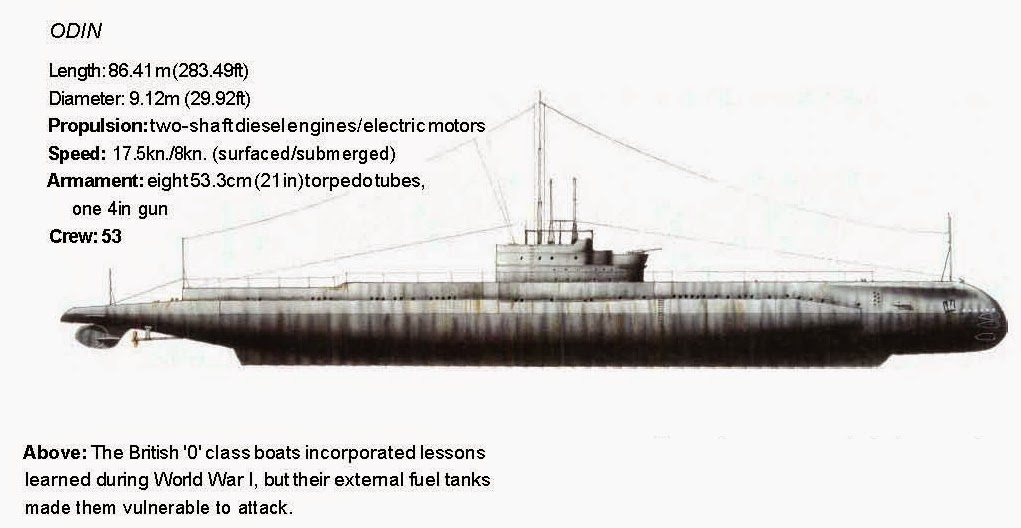 The history of the modern submarine, a warship capable of protracted underwater operations, began only in 1945. The great submarine campaigns of the two World Wars were fought with submersibles which spent much of their time on the surface, submerging only for concealment. One pre-1914 writer described submarines as good-weather torpedo boats, substituting submergence for the cloak of darkness or foul weather which surface torpedo craft required for their approach. Underwater mobility was so limited that in his memoirs Admiral Doenitz described German U-boats as little better than intelligent mines.

A typical World War I U-boat, U-111 of 1917 (which the United States acquired after the war) could make 16.4 knots on the surface and 8.4 knots submerged, the latter at the one-hour battery rate. Her sustained underwater speed was far less, 5 knots for 10 hours. No submarine commander would willingly exhaust his batteries by running at sustained speed for the full ten hours. He would always keep a sufficient reserve of electrical power to deal with any emergency, such as an ASW attack. Thus a constant theme in accounts of submersible warfare is the need to conserve battery power, and to 'top up' batteries whenever possible by running on diesels, on the surface. This problem was complicated by the need to maintain some degree of forward motion to balance out any positive or negative buoyancy. The greater the excess buoyancy, the greater the minimum required speed, and thus the greater the drain on the batteries, and, tactically, the more frequent the need to re-charge.

These limitations endured until 1945. The German Type VIIC fought most of the Battle of the Atlantic and was credited with only 4 knots at its 20-hour battery discharge rate, 2 knots at the slowest discharge rate, at which it could remain submerged for 65 hours. Conversely, the maximum underwater speed of about 7.6 knots could be sustained for only about an hour.

Despite its limitations, the submersible was a new type of warship, the only type able to defy command of the surface of the sea on a regular basis. Its ability to operate more or less freely in enemy areas was the basis of the German submarine blockade of Britain, as well as of many more conventional operations. Almost seven decades later, the inability to enforce sea control both on and under water remains one of the most significant realities of naval warfare.
Posted by Mitch Williamson at Friday, March 06, 2015
Email ThisBlogThis!Share to TwitterShare to FacebookShare to Pinterest
Labels: History
Newer Post Older Post Home