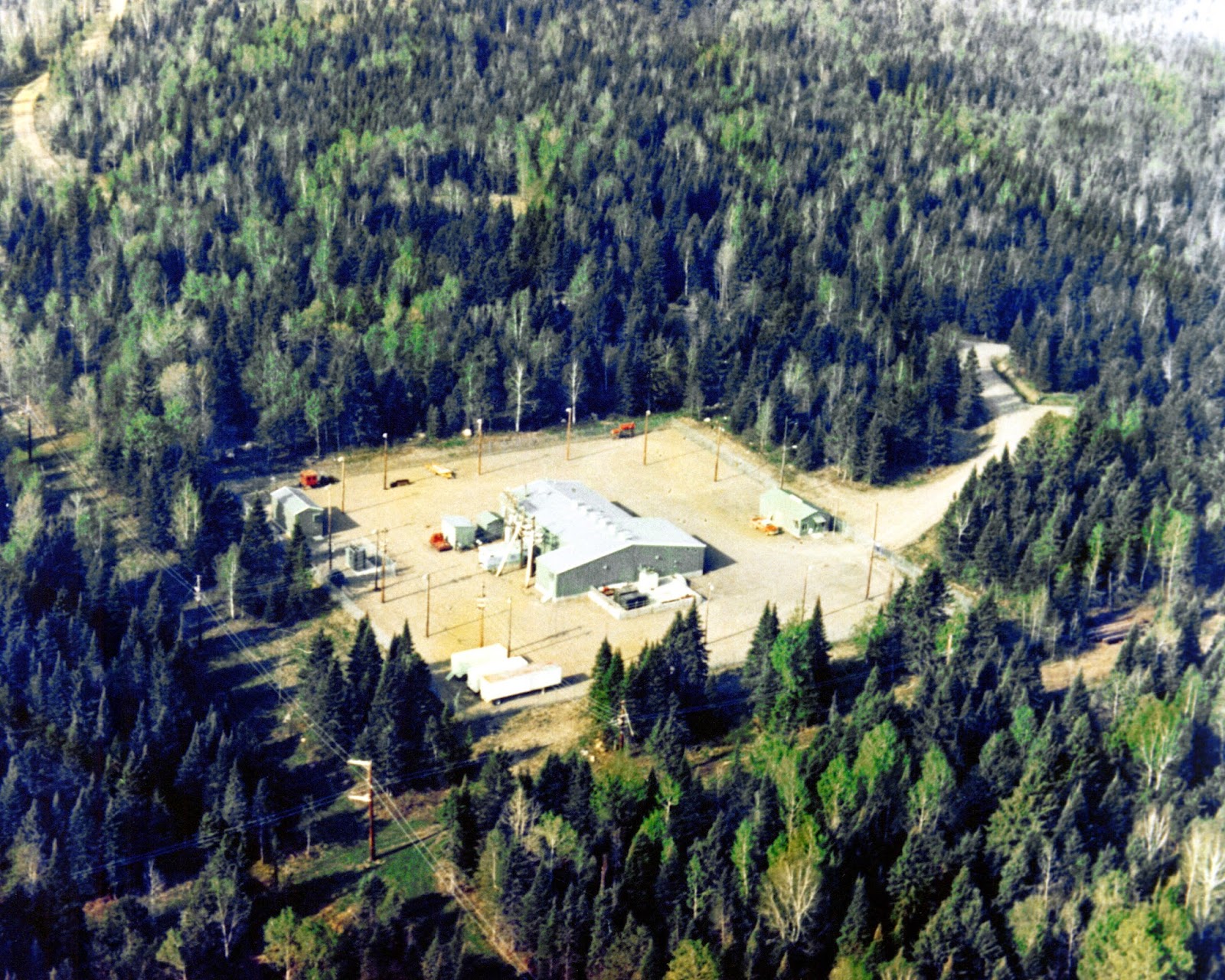 
Communicating with submarines at sea has always presented special problems. As submarine capabilities improved after the mid- 1950s thanks to nuclear power, the vessels could stay deeply submerged for extended periods, making detection of their location nearly impossible. But if they had to rise to the surface for communication, much of that capability disappeared.

During World Wars I and II, the only way a submarine could communicate with its home base was to surface in order to use shortwave or other radio signaling. This made the vessels vulnerable, and after the British broke the German Enigma codes, many submarines were located (and some sunk) through their regular signaling process. After the war, though submarines improved, means of signaling from a land base through deep water remained impossible.

In the late 1950s, to resolve the submarine problem, the Navy proposed an extremely low frequency (ELF) antenna system, which would face strong opposition throughout its proposal and development and into its operational stages. The Navy first became interested in ELF signals in 1958 when it was discovered that low-frequency radio waves could penetrate seawater deep enough to send one-way signals to submerged submarines. Tests in the early 1960s proved the idea to be practical. The original project would have required a grid of cables over 22,500 square miles of northern Wisconsin and the Upper Peninsula of Michigan (an area larger than Belgium and Holland combined), as well as 240 transmitters and 800 megawatts of power, and would have cost billions of dollars to build. In 1969, a more modest replacement, “Project Seafarer,” was proposed, relying on newer technology to eliminate the need for such a huge grid. But with both projects, concern over potential harmful effects on fish, birds, and animals, as well as delayed effects on humans, was at the heart of concerted public opposition.

In the end, the further downsized $400- million “Project ELF” became operational in October 1989, consisting of just two transmitters in Wisconsin and Michigan, connected by a 165-mile underground cable. Operated for twenty-four hours a day, each transmitter consisted of a 14-mile-long antenna strung on hundreds of 40-foot poles across dozens of miles of forest. Annual operating costs for both ELF transmitters was $13 million. Consideration was given to a mobile ELF system (using trucks on land or balloons in the air to avoid enemy attack), but cost precluded implementation. The Soviet Navy developed a similar system, called the ZEVS, located on the Kola Peninsula near Murmansk. It was first detected in the 1990s and, unlike the American system, is also used for geophysical research. The British Royal Navy also considered building such a system in Scotland, but decided against it given the high cost.

As is evident from the huge size of the ground antennas used, the ELF communication link was obviously one way. Further, on such low frequency, information can only be transmitted very slowly, on the order of a few characters per minute. Although the actual codes used were secret, the transmissions could be received all over the world. Naturally, when a submarine is on the surface, it can use ordinary radio communications. Today, this usually means use of dedicated military communication satellites (the U.S. Navy calls its system Submarine Satellite Information Exchange Sub-System).

The Navy’s ELF system was closed in September 2004, the official explanation being that technological progress in very low frequencies had made use of the huge ELF antenna no longer necessary.