Science versus the U-Boat 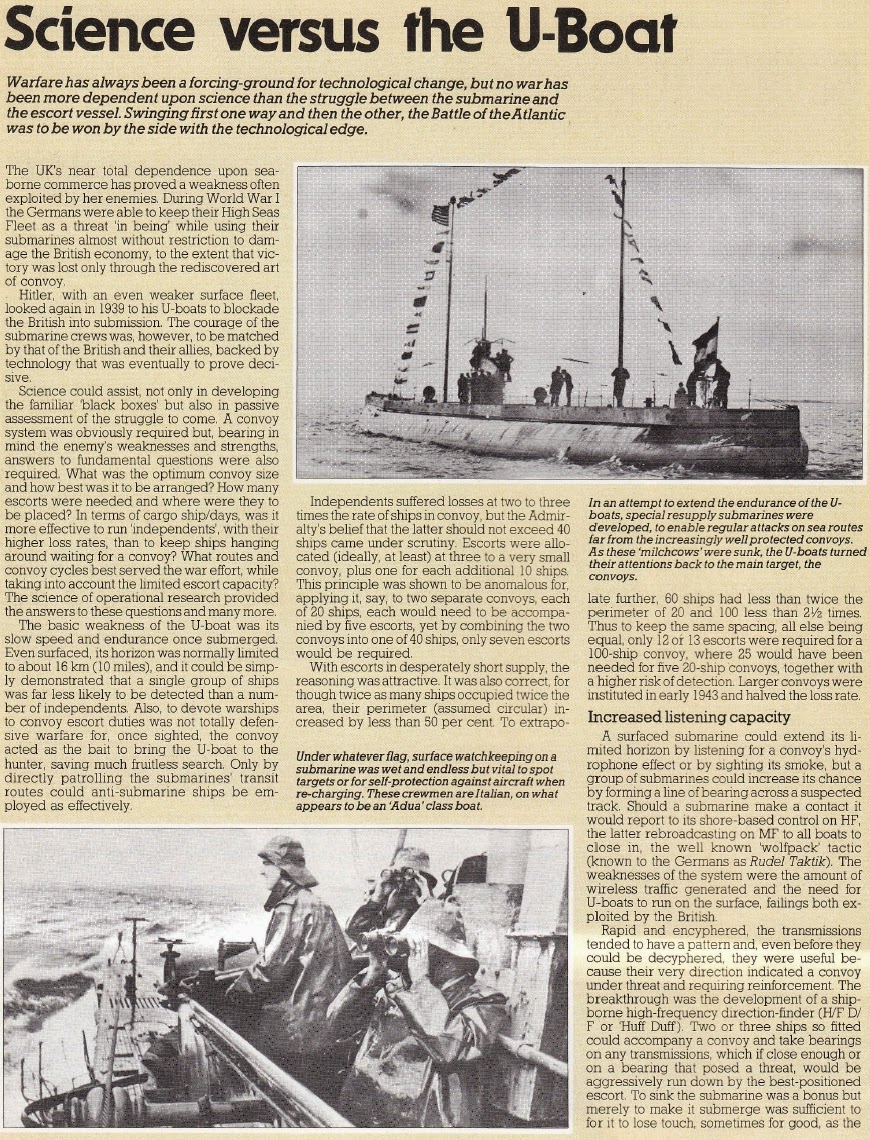 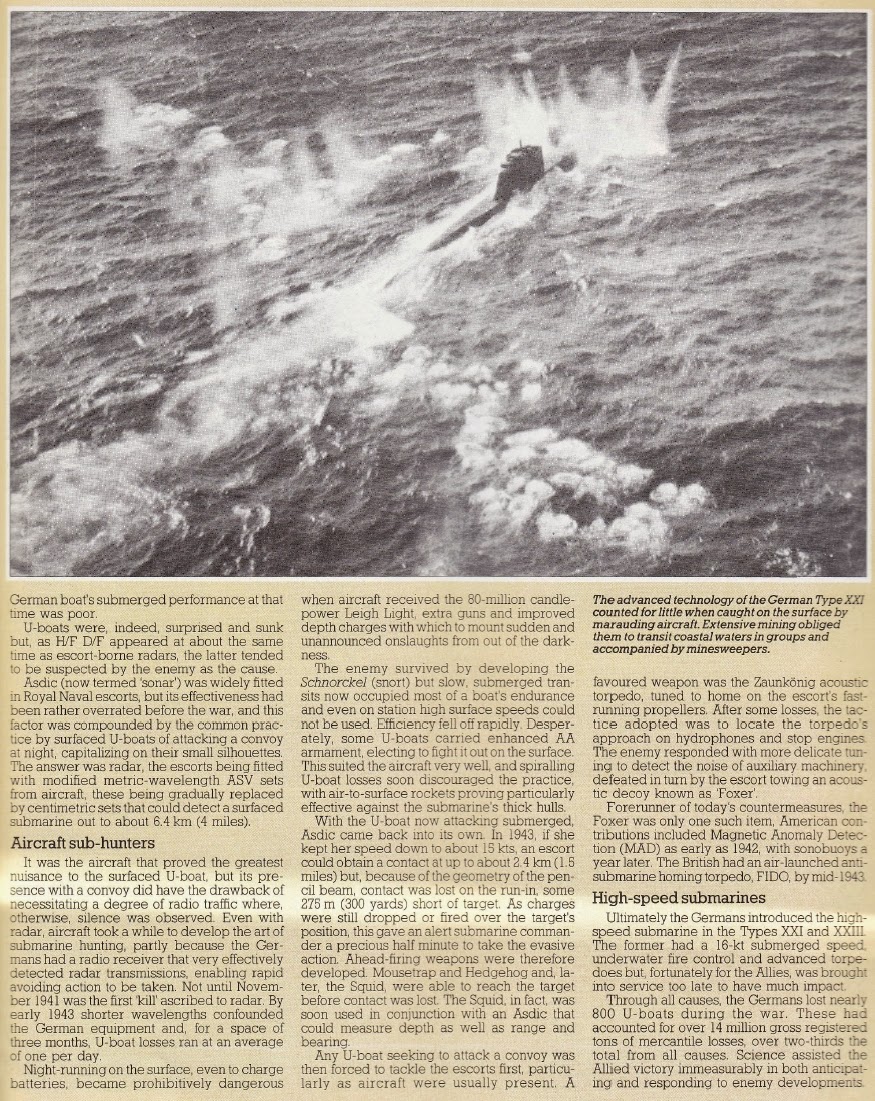 Anti-submarine warfare (ASW, or in older form A/S) is a branch of underwater warfare that uses surface warships, aircraft, or other submarines to find, track and deter, damage or destroy enemy submarines.

Successful anti-submarine warfare depends on a mix of sensor and weapon technology, training, experience and luck. Sophisticated sonar equipment for first detecting, then classifying, locating and tracking the target submarine is a key element of ASW. To destroy submarines both the torpedo and mine are used, launched from air, surface and underwater platforms. Other means of destruction have been used in the past but are now obsolete. ASW also involves protecting friendly ships.