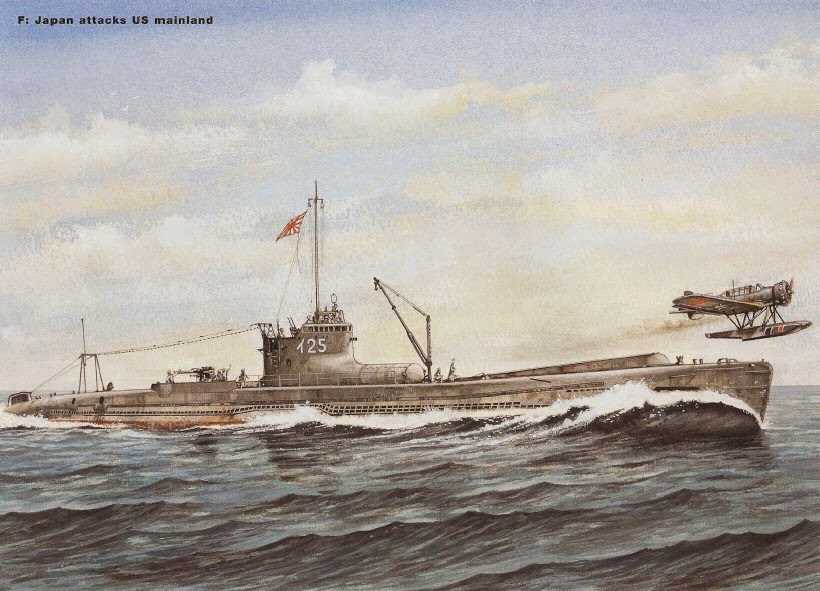 Japanese long-range prewar strategy was suddenly upset on the eve of the Pearl Harbor attack. An entirely new role for submarines was hammered out. The new terms of war were not ideal for the submarine force, although there had been several decades of painstaking development of submarine materiel, personnel, institutions, and strategic and tactical doctrines. In general, more than twenty submarines were to precede the carrier strike force to Hawaiian waters and there check on possible U.S. fleet movements. If warships were sighted, the submarines were to track, but not fire on, the enemy warships until the start of the air strike. Thereafter, the submarines were to lurk outside Pearl Harbor and between the Hawaiian Islands and the U.S. mainland to attack any warships attempting to escape from the air strike, to finish off any damaged ships trying to limp back to mainland ports, and to prevent any reinforcements from reaching Oahu.

Japanese submarines in Hawaiian waters were plagued by mishaps and failure. Naval planners anticipated that the nine fleet-type submarines of the 3d Submarine Group would have the best chance to attack the enemy. With their vantage point some forty miles from Pearl Harbor, these submarines formed a dense line capable of concentrated attack on U.S. warships off Oahu.

However, U.S. Navy antisubmarine warfare (ASW) forces were effective against the Japanese in about the only good news from Pearl Harbor on December 7. For example, I–68, some thirty miles from the entrance to Pearl Harbor, came under heavy depth-charge attack and suffered some damage. I–69, after launching an unsuccessful torpedo attack against a cargo ship on the night of December 7, was near Barbers Point in southern Oahu when it got caught in what the Japanese thought was an anti-submarine net. (I–69 probably became entangled in a stray U.S. towline or a harmless drill minefield used by U.S. Navy minesweepers for practice.) The submarine was also heavily depth-charged. Captain Nobuki Nakaoka, commander of Submarine Division 12, on board I–69, recalled later that a depth-charge explosion under the hull produced a very hard shock and the boat had to dive as deeply as possible. Leaks were dangerous, and it was impossible to use the ejection pump at such great depths. The Japanese sailors were determined to fight to the end, but they also abhorred defeat. Thus, they armed demolition explosives before making a final attempt to escape from their entanglement. At a depth of 250 feet (245 feet was this submarine’s safe maximum diving depdth), I– 69 slipped out of the net by going full astern and blowing its main tanks. I–69 was lucky to escape undetected on the surface after some forty hours of struggle.

Some of these submarines later returned. I–72, for example, left Kwajalein for Hawaiian waters on January 12, 1942. After a few days of patrolling, I–72 sank oil tanker Neches (AO-5) south of Niihau Island on January 23. The incident was not without consequence, for Neches was the sole source of fuel at sea for aircraft carrier Lexington and its escorts. Because no other tanker was available, Lexington’s plans to attack Japanese forces on Wake Island were called off.

Some fourteen other Japanese submarines continued to patrol in Hawaiian waters after the air strike on Pearl Harbor. The three submarines assigned originally as an advance screening unit for the Carrier Strike Force joined four ocean-cruising submarines of the 1st Submarine Group to continue patrol operations in Hawaiian waters. Of these seven submarines, I–9, the flag submarine of Rear Admiral Tsutomu Sato, Commander Submarine Squadron 1, made a modest attack—it sank U.S. steamer SS Lahaina (5,645 tons) several hundred miles northeast of Oahu on December 11. The seven older ocean-cruising submarines of the 2d Submarine Group also continued patrols in Hawaiian waters until January 11, 1942. The flag submarine, I–7, launched its seaplane for a completely successful dawn reconnaissance flight to Pearl Harbor on December 17, despite the tightened defenses of Pearl Harbor. Thus the high command in Tokyo received a full report of the damage caused by its air attack.

The failure of the I-boats in Hawaiian waters in December resulted in part from directing operations from afar. The commander of the Sixth Fleet (the submarine fleet), Vice Admiral Mitsumi Shimizu, filled the air each night shortly before the attack on Pearl Harbor with radio messages from Kwajalein to his submarines around the Hawaiian Islands. Naval authorities in Hawaii were thus made aware of the number and, to some extent, location of the Japanese submarines. Consequently, U.S. ships and various merchantmen were routed carefully to avoid the Japanese submarine menace.

Five ocean-cruising submarines, each with a piggyback midget submarine Type A Target (Ko-hyoteki), did not become part of the grand plan to attack U.S. forces until the fall of 1941. The five submarines were on their assigned stations near the entrance to Pearl Harbor on the night of December 6 (Hawaii time). Despite trouble with the gyro compass of I–24’s two-man midget submarine, its commanding officer, Ensign Kazuo Sakamaki, was determined to disembark in his little submarine as scheduled. In the end, Sakamaki’s mission was a failure, and his little submarine drifted beyond Diamond Head to become stranded on a reef near Bellows Army Air Field. He was washed ashore unconscious and captured on December 8, 1941, as the first prisoner of war; his stalwart crewman died in the heavy surf. The other four midget submarines were more easily launched before dawn on the day of the air attack, Nevertheless, almost no information was received from any of them after they sortied. Only Lieutenant (junior grade) Masaji Yokoyama in I–16s midget submarine sent a message—he reported, “Tora, tora, tora” (meaning surprise attack succeeded), at 2241 hours on December 7. Thus Japanese submariners believed that an explosion sighted near midnight was caused by a torpedo launched from Yokoyama’s midget submarine. But this is not confirmed by U.S. Navy evidence; moreover, it is obvious that the error-riddled operation was poorly executed and that reports of success were often based on modest evidence.

All five midget submarines were lost despite the efforts of the parent submarines. The five large I-boats patrolled the waters south of Oahu during the day of the air attack on Pearl Harbor; then they shifted to the south of Lanai, which was the designated area for recovery of the midget submarines. The area was searched in vain before the parent submarines left Hawaiian waters en route to Kwajalein on the night of December 11. In January 1942, there were only four U.S. Navy fast heavy carriers in the Pacific—Lexington (CV-2), Saratoga (CV-3), Yorktown (CV-5), and Enterprise (CV-6). Hornet (CV-8) reached the Pacific in March, and Wasp (CV-7) arrived in June. U.S. carrier strength in the Pacific was weakened considerably by the temporary removal of Saratoga when I–6 badly damaged the big carrier in an attack about two hundred seventy miles from Johnston Island on January 11. Samtoga did not complete repairs in Bremerton, Washington, and get back into action in the South Pacific until August 1942. Indeed, the strategic balance early in the Pacific war remained precarious with the loss of Lexington in early May in the Battle of the Coral Sea. A month later I–168 sank Yorktown and destroyer Hammann, tied alongside the severely damaged carrier. The strategic balance of carriers was barely maintained because the Japanese also suffered heavy losses of aircraft carriers, particularly at Midway.

During this time, hundreds of U.S. warships—including aircraft carriers Enterprise, Lexington, Saratoga, and Yorktown and their cruiser and destroyer escorts—steamed in and out of Pearl Harbor, but only Saratoga was hit by a Japanese submarine-launched torpedo. A few minor cargo vessels were sunk and no warships. Otherwise, some night bombardments of islands—Maui, Hawaii, and Kauai, for example—were carried out, an indication that the submarines were about to conclude their patrols and start homeward. (On an I-boat’s return to home port, a depleted supply of deck-gun ammunition was viewed as evidence of warlike prowess.) None of these bombardments caused much damage, and U.S. intelligence officers, who knew that a bombardment was a fairly reliable indication that the submarine was departing the area, used this information for routing ships, as already noted. Thus Japanese submarines were a nuisance in Hawaiian waters, to be taken seriously, but in their operations they pretty well unmasked themselves and caused no strategic damage to the ability of the United States to respond to Japan’s attack on U.S. territory.
Posted by Mitch Williamson at Wednesday, March 25, 2015
Email ThisBlogThis!Share to TwitterShare to FacebookShare to Pinterest
Labels: History
Newer Post Older Post Home