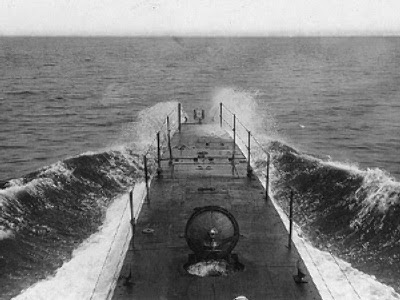 After a decade of painstaking underwater searching, the wreck of a Soviet World War II submarine has been found in the Baltic Sea.

The vessel went down with its fifty-man crew in 1940 after being sunk by a mine laid by Finland.
The relatives of those who died say it is a matter of honor to establish what really happened all those years ago.


For seventy years, it was a mystery how, where and even when the S-2 submarine perished.
During the war between the Soviet Union and Finland, the sea around the Aland Islands became a focal point for the naval conflict, much of it underwater.

The S-2 – which set sail on January 1, 1940 – was sent by the Soviet High Command to roam and disrupt Finland's supply lines.

Retired submarine captain Igor Kurdin told RT that “surviving on a submarine like this was very difficult. There was no air purification system. The heat was stifling. Besides, the commanders had little information about this area.”

Three days later – just as the S-2 was entering the conflict zone – all communication was lost.
A lighthouse officer described seeing the submarine surface on January 3, then hearing a shattering explosion.

That officer's grandson, professional diver Ingvald Eckerman, dedicated ten years to finding it.
“My father told me the story of the submarine since I was a child. But there were no specific coordinates. We searched everywhere. The moment we found it – it was amazing!” he recalled.

However, not everyone believes the S-2 was lost without a fight.

Aleksandr Tutyshkin was only a toddler when his father, the most senior officer on the S-2, died. To honor him, he became a navy man himself.

“I turn 73 soon. I have only one dream left. That is to visit the place of my father's death, and to find out how he really died,” he said.

Leaking oil, with a failing radio system, it tried to communicate with another Soviet ship – but could not make itself clear.

Knowing they were doomed, the crew tried to return home, before being bombed by Swedish boats which were helping Finland.

Now the S-2's final resting place has been found, researchers may at last discover how it sank. Yet unless it is declared an official war grave, underwater treasure hunters may get there first.