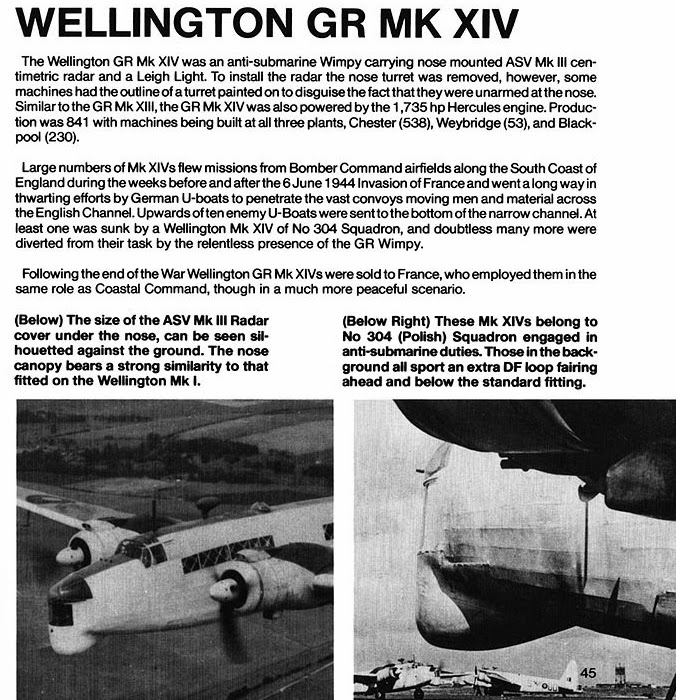 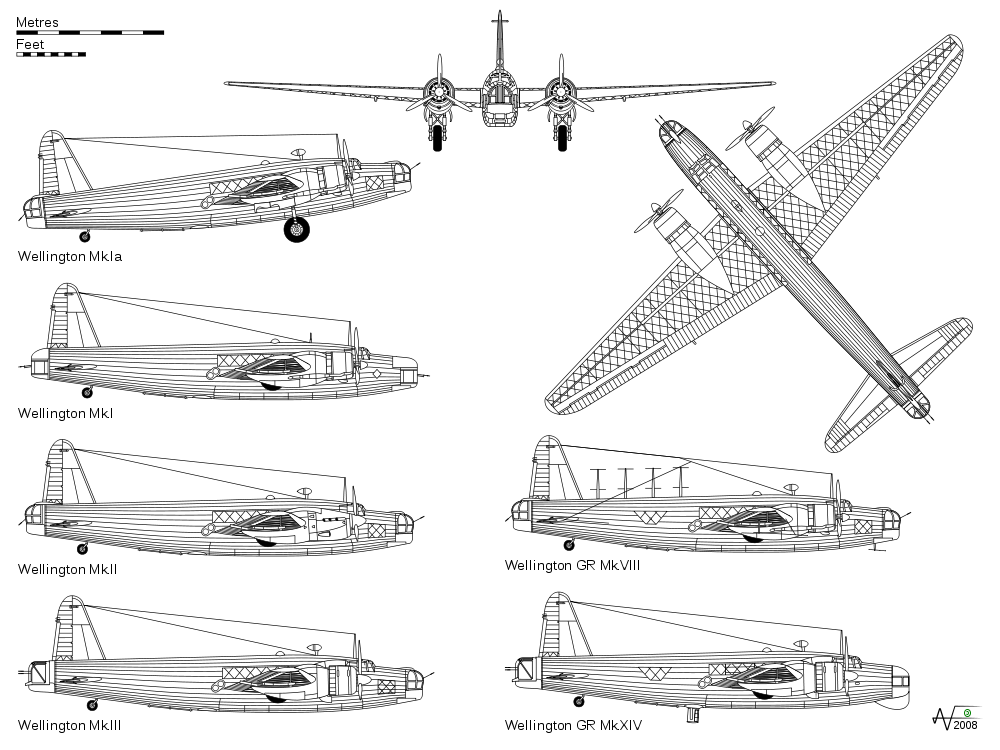 The Vickers Wellington really needs no introduction, and was the most widely produced British bomber off WW2. It saw frontline service in a variety of capacities from the beginning to end of the conflict. These included day and night bomber, torpedo bomber, high altitude bomber, maritime and anti-submarine patrol, transport, trainer and engine test-bed. It continued to serve in non-combat roles for some time after the war. One thing it wasn’t suited to however was towing gliders, as its geodetic construction meant it would stretch!

The Mk XIV was the culmination of a series of maritime patrol and anti-submarine versions. It was equipped with ASV Mk III radar in a chin installation, a retractable ventral Leigh searchlight, and had the ability to carry eight RP-3 rocket projectiles as well as depth charges etc.