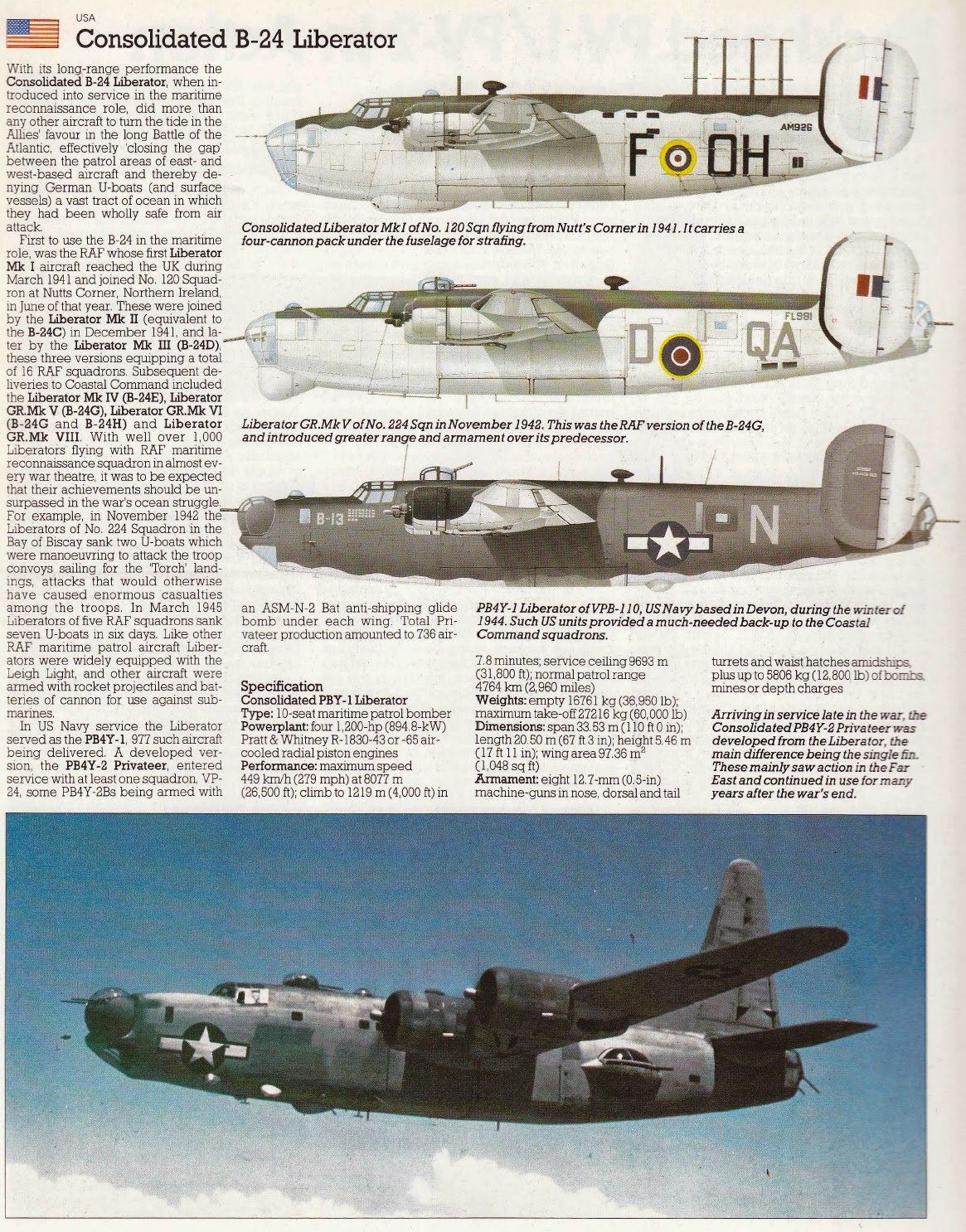 Of all the nations drawn into World War II during 1939 and 1940 none had a more pressing need for anti-shipping aircraft than the UK for, as a sea-girt power, her lifelines were critically vulnerable to attack from surface raider, submarine and aircraft alike. Yet all responsibility for defence against this threat was, as it had been for centuries, vested almost exclusively in the British Royal Navy. Lip service had been paid to the RAF with the provision of such aircraft as the Avrò Anson, while the Lockheed Hudson began arriving from America in 1939 to provide relatively long-range reconnaissance/ attack muscle for Coastal Command.

As in so many of the wartime air forces, the emergence of the maritime strike role after the outbreak of hostilities brought about the demand for adaptation of obsolescent aircraft (fighters, bombers and even transports) to meet the operational requirements. The parameters of the requirements themselves were so broad (the equation involving long-range navigation accuracy over featureless oceans, precision of attack equipment and a wide assortment of weapons which included cannon, depth charges, bombs, rockets and torpedoes) that no single aircraft could be considered ideal. Moreover, beyond the scope of this section were the other important antishipping aircraft, the minelayers.

It may be said that premeditated anti-shipping operations, as distinct from long-range anti-submarine attacks which were usually the result of chance sightings during tedious ocean patrols, were confined largely to the 'narrow seas' around Europe, from the North Cape of Norway to the Mediterranean, although the US and Japanese air forces also engaged in anti-shipping operations in the Pacific, particularly during the latter part of the war, as did the RAF in the Bay of Bengal.

Ignoring the relatively fruitless efforts by Bristol Blenheims and Avrò Ansons in the early months, the RAF began to achieve worthwhile successes when such aircraft as the Vickers Wellington, Bristol Beaufort and Bristol Beaufighter arrived at Coastal Command.

At the Washington Convoy Conference that Admiral King had convened in the first week of March 1943 had belatedly ironed out a far more coherent administrative and operational structure for the North Atlantic than had existed hitherto and one that would endure for the rest of the war. Apart from giving the Canadians an enhanced role in the North-West Atlantic at the expense of the Americans, it had widened the responsibility of the British-controlled Western Approaches Command to cover the entire ‘mid-Atlantic air gap’. These were sensible, long overdue arrangements that increased efficiency, reduced intra-service confusion and bitterness, and not only improved the Allied ability to safeguard their vital supply lines but also put them into a position to take the fight to the U-boat as never before. They were assisted in this aim by a number of other factors that came together to make it a viable undertaking rather than a pious hope. For a start, springtime and better weather made for fewer equipment failures and easier detection of U-boats; an end to the intelligence blackout of ‘Triton’ provided the Admiralty with knowledge of where the new wolf packs were being deployed; a marked increase in VLR aircraft (Liberators and Fortresses) meant that the ‘mid-Atlantic air gap’ was being plugged more effectively than ever before; and far greater aerial support in the Bay of Biscay, where both the 10cm ASV Mark III microwave radar (which effectively countered the ‘Metox’ receiver sets used by the U-boats) and the ‘Leigh Light’ became standard issue for two new squadrons of Wellingtons, ensured that the access routes used by U-boats in getting to and from their bases in France and their operational fields in the Atlantic would become far more difficult than ever before.
Posted by Mitch Williamson at Friday, March 06, 2015
Email ThisBlogThis!Share to TwitterShare to FacebookShare to Pinterest
Labels: Aircraft ASW
Newer Post Older Post Home