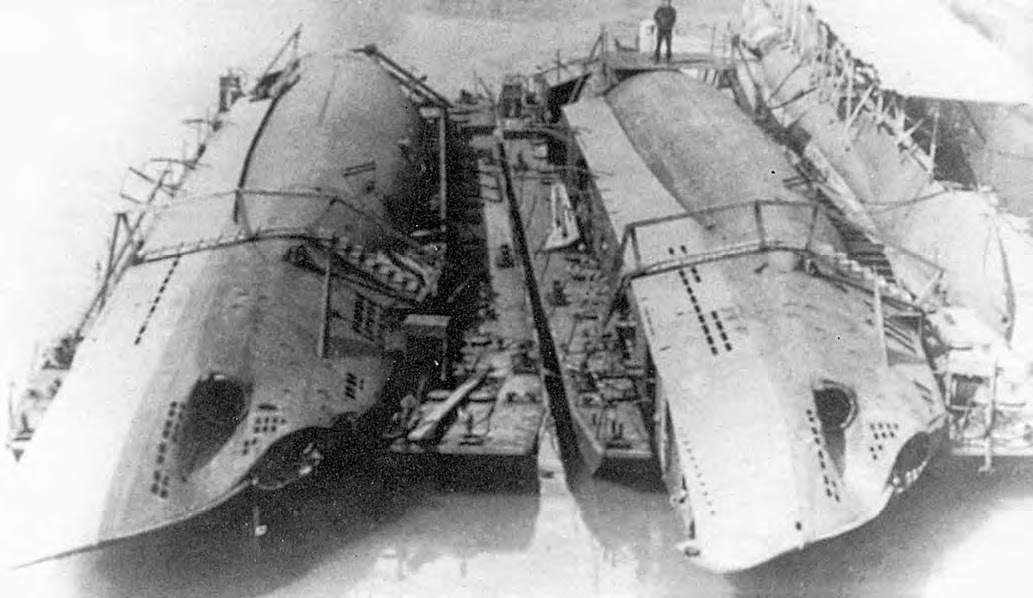 U 19 and U 23 barged down the Danube to Constanza

Six Type IIB U-boats operated in the Black Sea from a base at Constanza Romania. They made up the 30th U-boat flotilla. They were brought to the Baltic coast, disassembled, floated on barges via canal, driven via flatbed trucks down Autobahn, barged down the Danube to Constanza and then re-assembled. They began to operate in the Black Sea in October 1942, 15 months after the start of Barbarossa. They did not sink any large number of ships or tonnage, but they did help to suppress Soviet movement by sea in that area. There of the U-boats were put out of action by Soviet air raids on Constanza in 1944. After the Red Army captured Constanza, the other 3 U-boats had no base where they could return. They were scuttled off the northern coast of Turkey.

The book 'Submarines of World War Two' by Erminio Bagnasco has a small chapter on Romanian submarines. He states that both the 'Marsouinul' and 'Requinul' were built to either a Dutch or German design. Concerning the Italian CB submarines Bagnasco writes that six of these were sent to the Black Sea in 1942. One was lost and five were ceded to the Romanian Navy after the Italian surrender.
Romania had three submarines during WWII plus the five CB midget subs. Details, from Conway's All The World's Fighting Ships 1922-1946 are:

Delfinul was under refit from July 1942 and did not return to operational service before Romania switched sides (sabotage being a factor in this apparently). Despite her condition, she was taken over by the Soviets as TS4. She was returned to Romania at some point postwar and deleted in 1957.

Maruinul and Requinul were both designed by Ingenieurskantoor voor Scheepsbouw in the Hague (the German front company) and built with supervision from Deschimag (the Germany yard). Fitting out was slow; neither boat was operational before 1944! Marsuinul made one and Requinul two patrols before Romania changed sides in August 1944. This was not enough, however, to keep the Soviets from seizing ALL Romanian warships. Marsuinul became the S3, Requinul the S4. Their ultimate fate was unknown in the West as of 1980; they were not, however, returned to Romania postwar.

The five CB midget submarines were transferred after September 8, 1943 in "somewhat poor condition" They became Soviet after August 1945 and were scrapped by the Russians in 1955.

Of the Italian CB Submarines patrolling in the Black Sea during WW II, there is only one claim that is confirmed:
26 August 1943 Russian Submarine SC-203 ( 586 tons) sunk by torpedo from Italian Submarine CB.4., commanded by Armando Sibille, at 45*18´N-32*47´E.

None of these two sinkings can be confirmed.
Two other sinkings were claimed by Romanian Submarine DELFINUL, commanded by Constantin Costachescu.

However Russian sources indicate that LENIN was lost on a mine at 23:20, the given date and at the given position; and that URALLES was lost already 30th October in an Air Attack at 45*16´N-33*24´E.