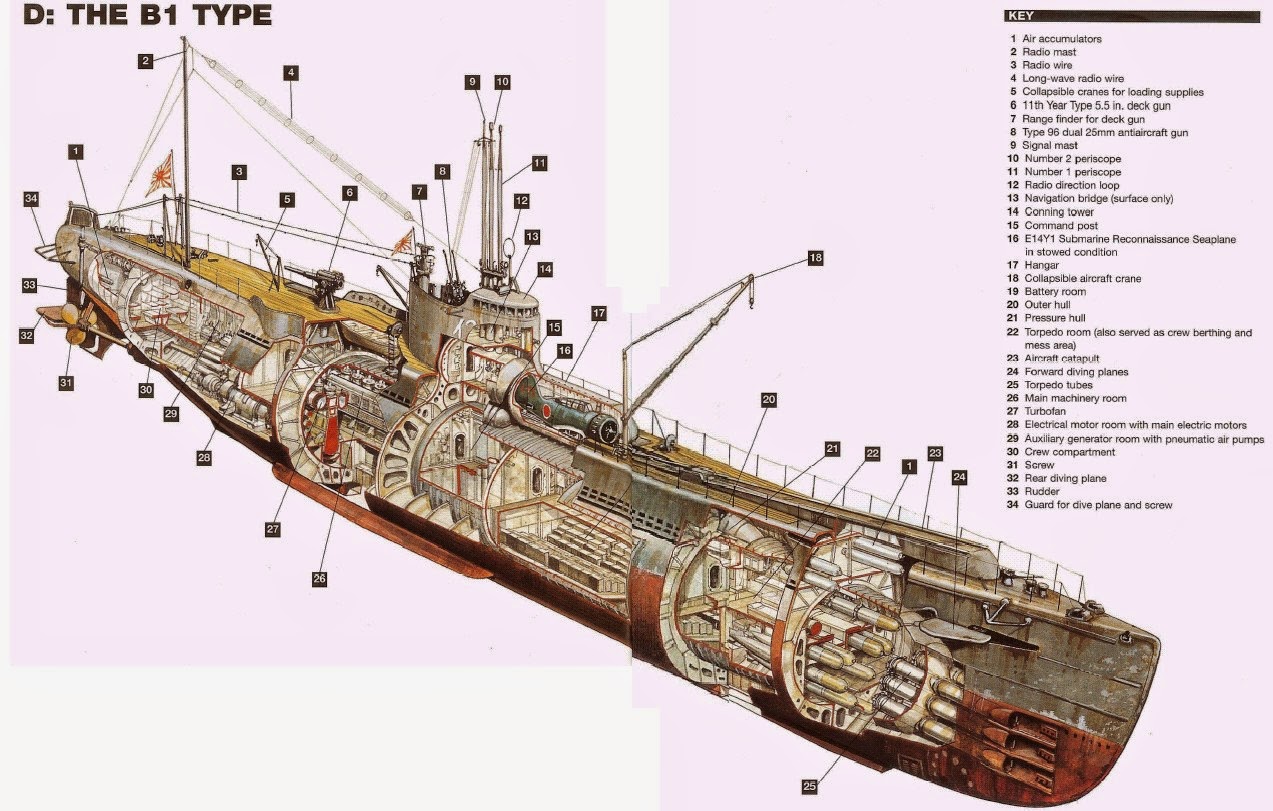 By the beginning of 1945, the Japanese submarine force, like the rest of the Imperial Navy, had fallen into a shambles. Submarine policy had not been effectively focused since the outset of the war; therefore, nothing could be saved near the end.

The Japanese submarine force made prewar training as realistic as possible, but the realities of the war increasingly surpassed the capacity of the force to adapt. The mindset and command structure in the imperial navy prevented complete identification of the problems that plagued the submarine force. Moreover, rapidly changing circumstances of the war, in which the powerful U.S. Navy was the pacesetter, inhibited the implementation of fresh and crucial alternatives. Thus the Japanese were prisoners of their past, and the legacy of prewar thinking offered only a grim fate for the Japanese submarine force after 1941.

Japanese submarine operations were frequently widely scattered. When they were concentrated to take part in major Combined Fleet operations early in the war—at Pearl Harbor and Midway, for example—submarines failed to live up to the expectations of Japanese operation planners. Submarine effectiveness against U.S. warships during the Guadalcanal campaign, particularly in September 1942, was quite distinguished. Yet submarines did not inflict enough damage to force a U.S. withdrawal from Guadalcanal; nor were the Japanese air and surface naval forces capable of accomplishing the high command’s goal.

Immediately after the Pearl Harbor attack, the Japanese navy should have concentrated all oceangoing and fleet-type submarines in Hawaiian waters and off the U.S. mainland. Operations like those of I–25 in October 1942, including actions more aggressive than the incendiary bombing of Oregon forests, ought to have been emphasized. The large submarines ought to have been rotated systematically, and these two war patrol areas (Hawaii and the U.S. west coast) should have been maintained at least through 1942. That is, one-third of the available submarines should have been on station, one-third en route, and one-third undergoing refitting. Only Japanese submarines could chance operations around the Hawaiian Islands and eastward after December 7, 1941. While manning these two patrol areas, the submarines could have obstructed quite effectively the flow of U.S. reinforcements being rushed westward, and at least in the early part of 1942 they would have been ideally situated to attack U.S. warships en route to the U.S. mainland for permanent repairs after damage during the Pearl Harbor attack.

As a corollary to submarine operations on the Hawaiian and California coasts, I–25-like operations should have included a large tanker I-boat for refueling in order to continue I-boat-aircraft operations in the Panama Canal area. Bombing the canal locks would have been the goal, and even if there were no hits on the vital waterway, such an attack would have alarmed the American public. Thus the U.S. Congress would have voted more enormous defense expenditures, funds that would not have been available for the U.S. buildup in the South Pacific in 1942.

After the Pearl Harbor attack, Japanese air and surface naval forces should have focused exclusively on the southern and westward areas of expansion without demanding the heavy involvement of the submarine fleet. The major enemy capital ships in those areas, HMS Prince of Wales and Repulse, for example, were sunk by air power in early December 1941. Other available British battleships of the Eastern Fleet were the four old World War I R-class slow battleships and faster Warspite. These capital ships, with the much newer fleet aircraft carriers HMS Indomitable and Formidable, were incapable of effective opposition to Japanese expansion. And surely the Japanese air and surface naval forces could have overwhelmed the ABDA (American, British, Dutch, and Australian) cruisers and lesser warships without the, as it turned out, modest aid of the submarine force. At a minimum, the medium-range RO-class submarines could have served as an arm of Combined Fleet operations in southern and westward expansion during the first thirteen months of the war. As it turned out, Japan’s submarine force never had a chance to prove itself as a strategic arm because it was always subordinated to local needs and tactical situations.