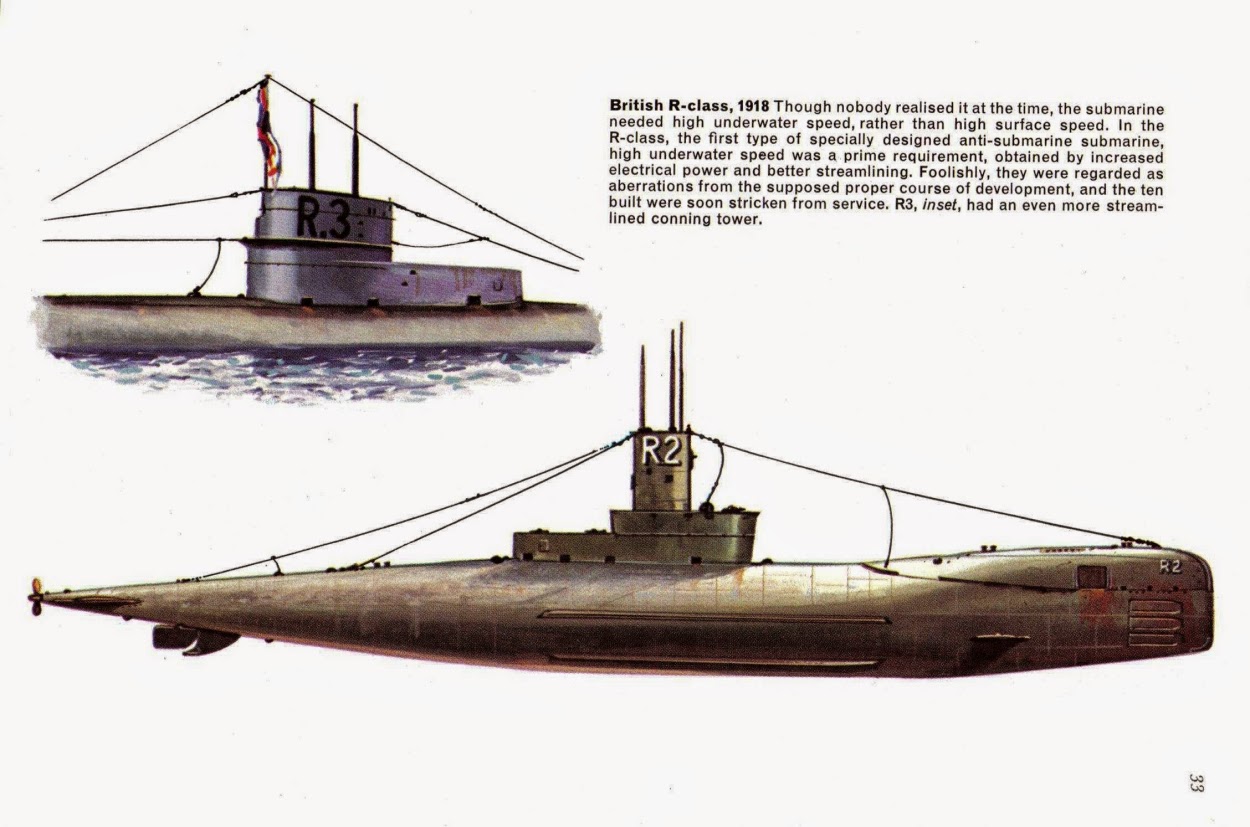 British submarine design took a decisive turn away from Holland’s concepts with the development of the D class, which entered service in 1908. These much larger boats introduced saddle tanks for ballast and marked the British shift to long-range craft optimized for surface operation and seaworthiness. They set the pattern for subsequent British development that was broken only by the R class, built as antisubmarine platforms and optimized for underwater performance, which entered service very late in World War I.