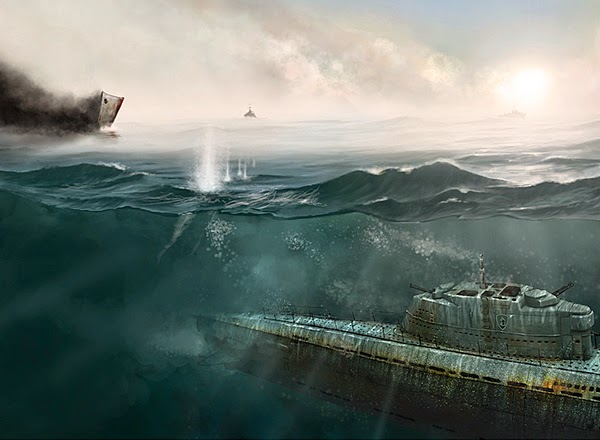 From the advent of the earliest of the type, submarine design has always pressed against the outer limits of the contemporary technological envelope. Inventors and engineers have, of necessity, incorporated new and untested machinery and equipment into their craft in order to meet their goals of creating effective undersea vessels. The underwater environment, moreover, is unforgiving; errors in operation or failures of equipment have very dangerous and even fatal consequences. Success in submarine design, therefore, has come to those naval architects who have combined innovation and experimentation with substantial direct, prior experience or knowledge.

The obvious potential military advantages of the stealthy and lethal capabilities of successful submarines soon attracted the attention of admiralties around the world. Early designers of practical craft found a relatively ready market for their wares, either through export or license construction by their customers. Designs by the German Wilhelm Bauer were constructed in Germany and Russia, while George Garrett’s boats, built by the Swedish industrialist Thorsten Nordenfeldt in Sweden and Britain, were marketed to Greece, Turkey, and Russia. Beginning in the years around 1900, boats by Maxime Laubeuf in France, the Italian Cesare Laurenti, and above all, John P. Holland in the United States, found ready markets in navies around the world in the years before World War I.

The maturation of submarines as a result of operations during World War I expanded the global demand for the type. Design teams with successful records dominated this worldwide arms market. Firms from Britain, France, Germany, Italy, and the United States prevailed in this trade in submarines. In the German case, since indigenous submarine design and construction had been prohibited by the Versailles Treaty, the design teams established themselves across the border in the Netherlands and contracted out construction to yards in other European countries. A similar situation pertained after World War II, although Italian designs, no longer on the cutting edge, faded from the export market, while the emphasis on nuclear propulsion in the United States led that nation to withdraw from overseas sales to avoid the distribution of sensitive technologies. Its place was taken by substantial export of both vessels and designs by the Soviet Union, the resurgence of the German submarine industry, and the maturing of Swedish design and construction.
Posted by Mitch Williamson at Thursday, December 31, 2020
Email ThisBlogThis!Share to TwitterShare to FacebookShare to Pinterest
Older Post Home